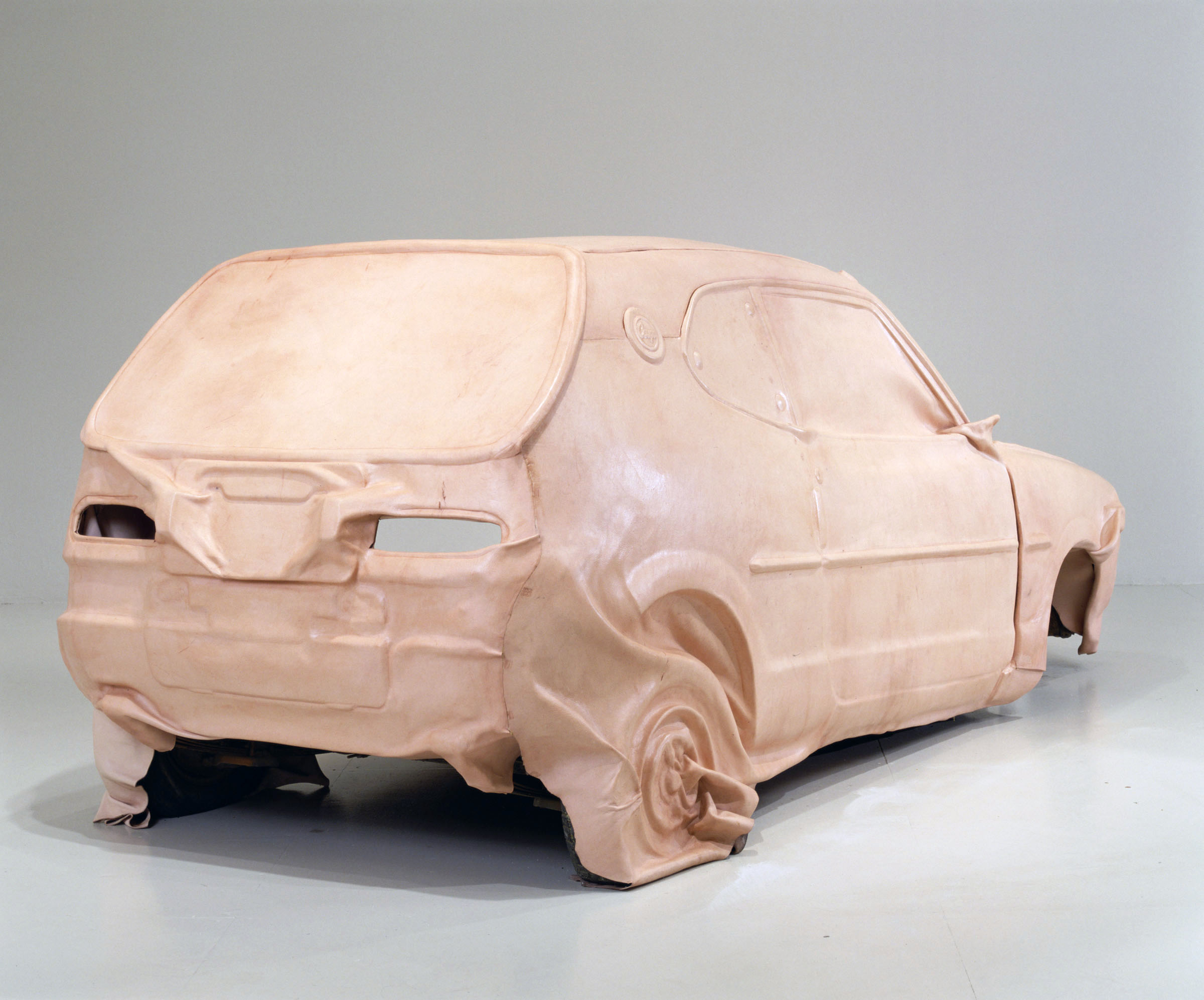 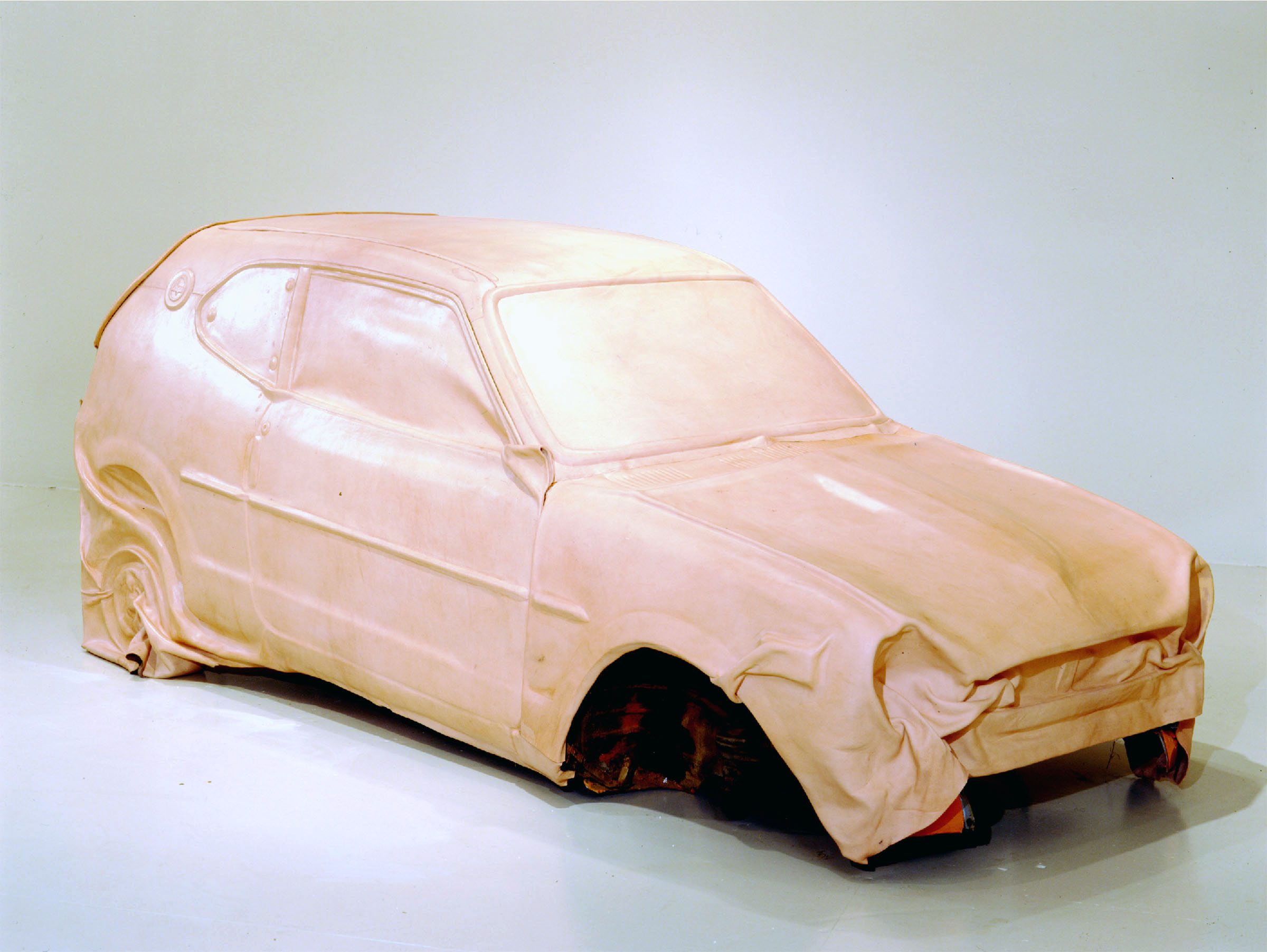 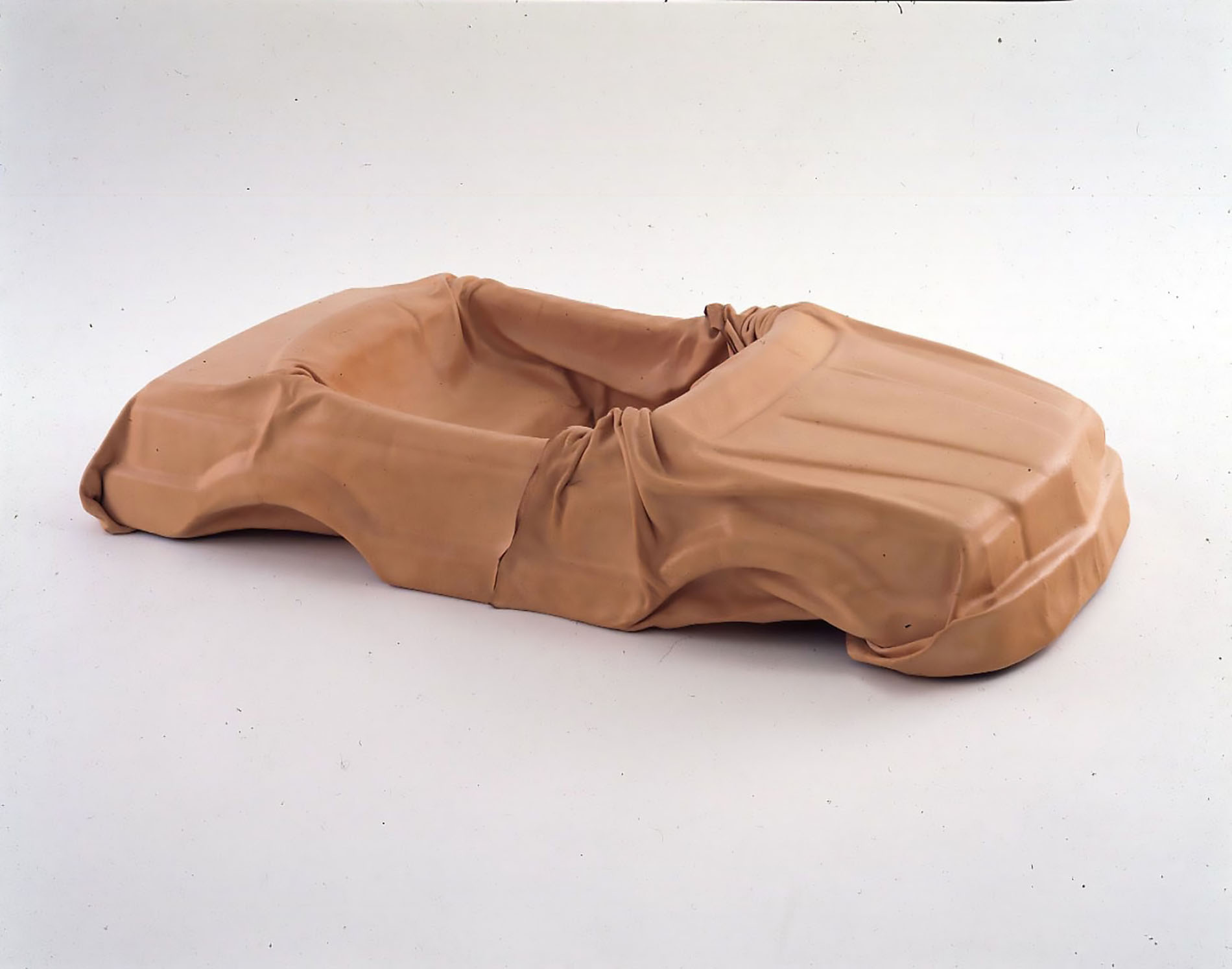 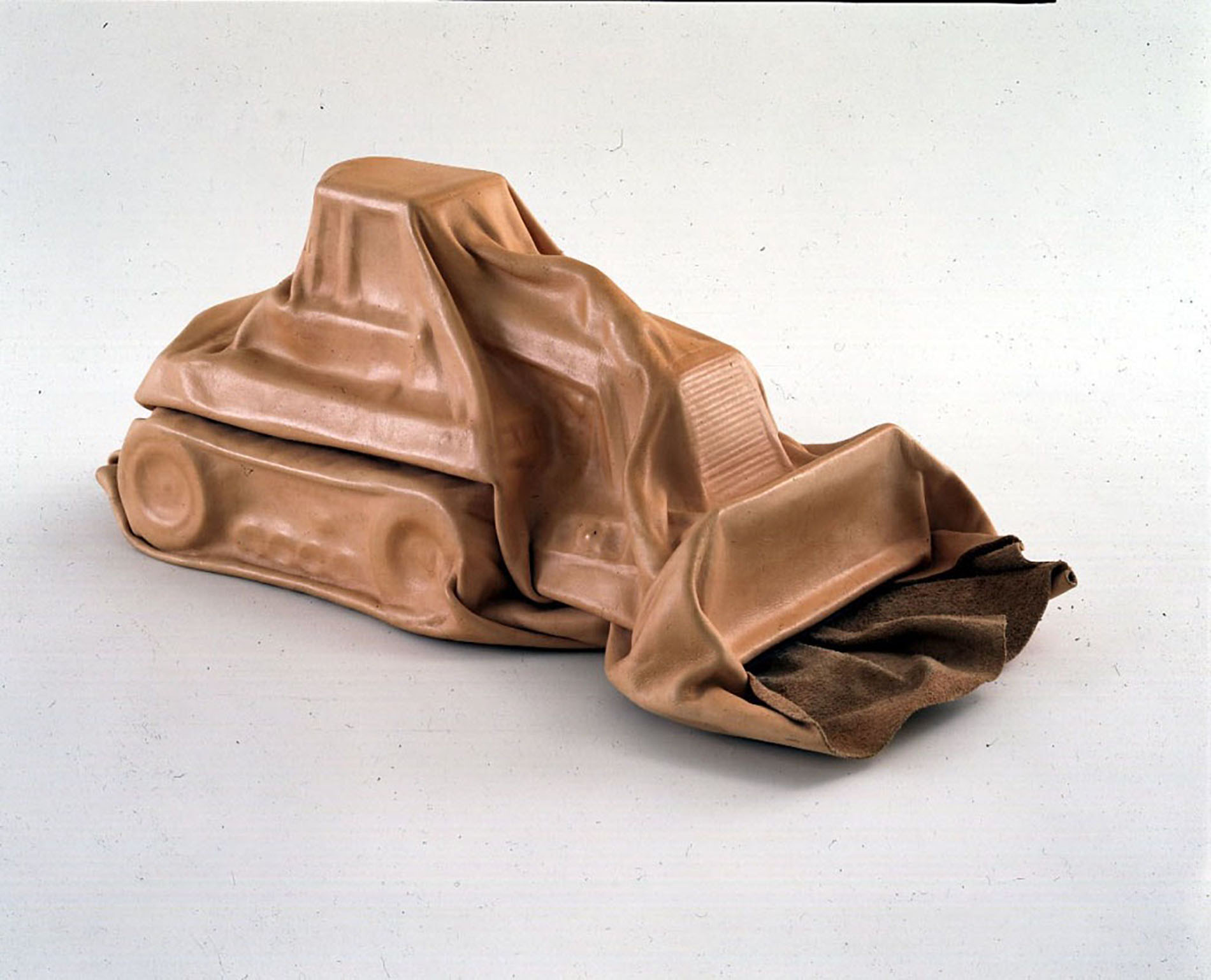 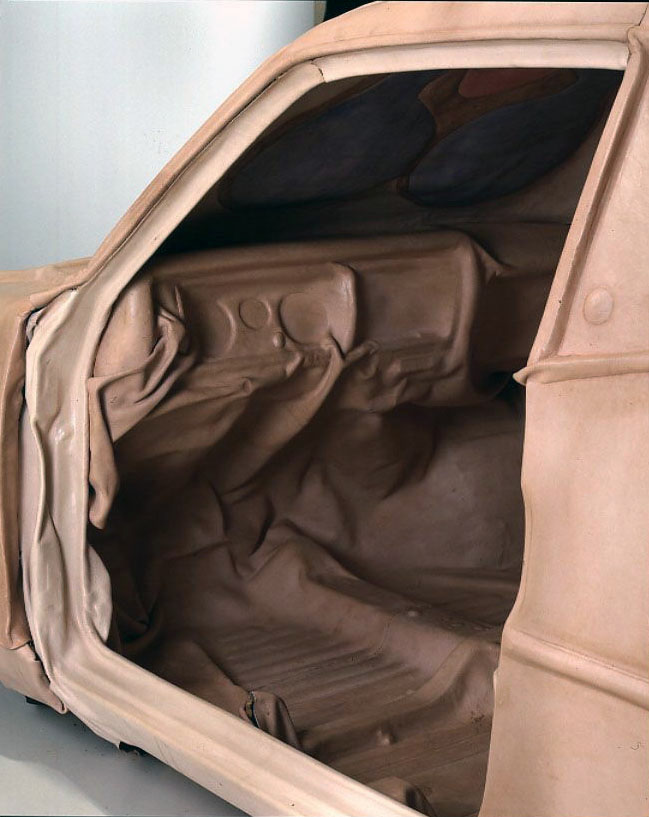 My starting point began with an interest in how our manufactured objects express identity. How do our objects in space reflect us as a culture? How can I invert those objects to expose their absurdity? Or close the point of view to reveal parts of myself.

I was interested in leather for its physical properties as skin/hide to create alternate bodies. I covered cars that were seen as associated with fetish male desire: women were often draped on cars to sell them. It was not politically correct, but it seemed the right material for a kind of transformative process. Leather as a material stayed true to our consumer culture, our slaughter. The materiality of the work has been an important component, often the content of the piece.

I would like to create objects that show the pristine desire of our culture and the way it translates into how we present ourselves bodily, whether fake or not, appropriated, hybrid, hung, or vulnerable. Here with the car and juxtaposing it with different contexts, I inverted “car” as object of desire by tampering with its objectification.  A “car” becomes plainly the fetish that we make it. The employment of leather serves to dress it, in order to undress it.