"Drawing on aspects of pop culture, surrealism, and organic abstraction, Michelle Lopez creates sculp­tures that are at once seductive, enigmatic, and strangely familiar. These uncanny forms are a result of a process of study and perversion. She begins by borrowing pedestrian objects, such as toys or actual automobiles, and—through a process of adding, subtracting, and altering these forms—creates sculp­tures that are unusual and mysterious corporeal hybrids.

Lopez is perhaps best known for her use of leather, suede, and various other animal hides, both as grounds for drawings and prints and as wrappings for found or sculpted forms. For Woadsonner (2000), which created something of a sensation when it was first shown, Lopez wrapped the shell of a car in buttery beige leather.' The leather sensuously hugs every nook and cranny of the car's chassis, resulting in an object that is at once recognizable and completely foreign, feminine and masculine, animal and machine. In 2001 Lopez produced a family of bulbous, biomorphic forms made out of fiberglass wrapped in leather, pony skin, and deerskin. The sculptures are otherworldly and suggestive of bodily growths, their materiality referencing both interior and exterior.

In recent years Lopez has continued to pursue her interest in latent figuration but is expanding her visual vocabulary and challenging the formal sculp­tural tradition through the use of new imaging technology. While she is still using toys, often of the kind found in fast-food kid's meals, as source material, she now also employs a 3D scanner and modeling software to manipulate, invent, and test shapes and contours. Moving back and forth between this digital tool and traditional drawing techniques, she develops forms that eventually become models output by a 3D printer. Molds are taken from these models, and the final casts are made in rubber and other materials.

Notes
I. The first iteration of this concept, entitled Boy, 1999, consisted of a 1971 Honda 600 chassis more loosely draped with leather. With Woadsonner Lopez took this idea to the next level. 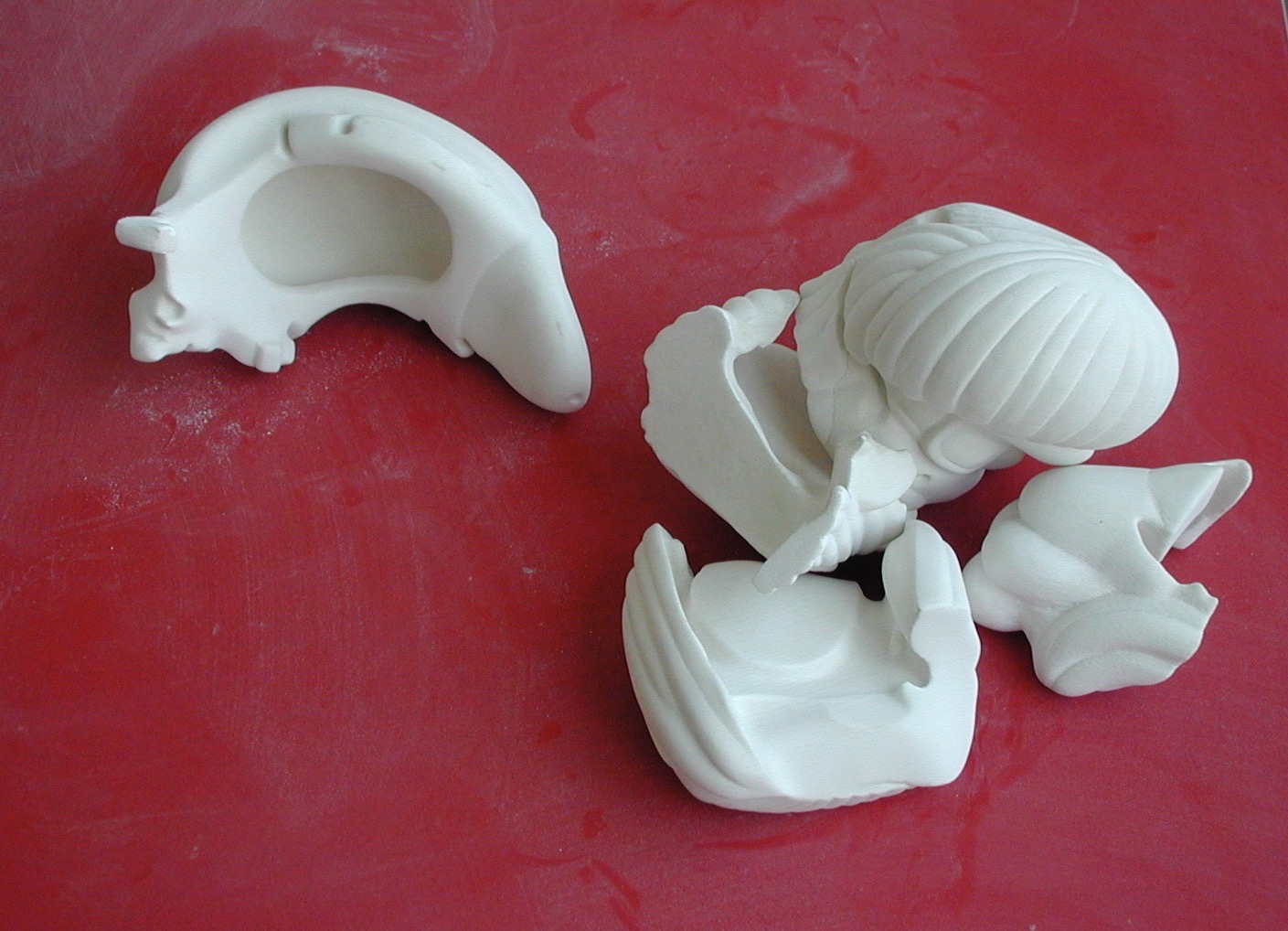 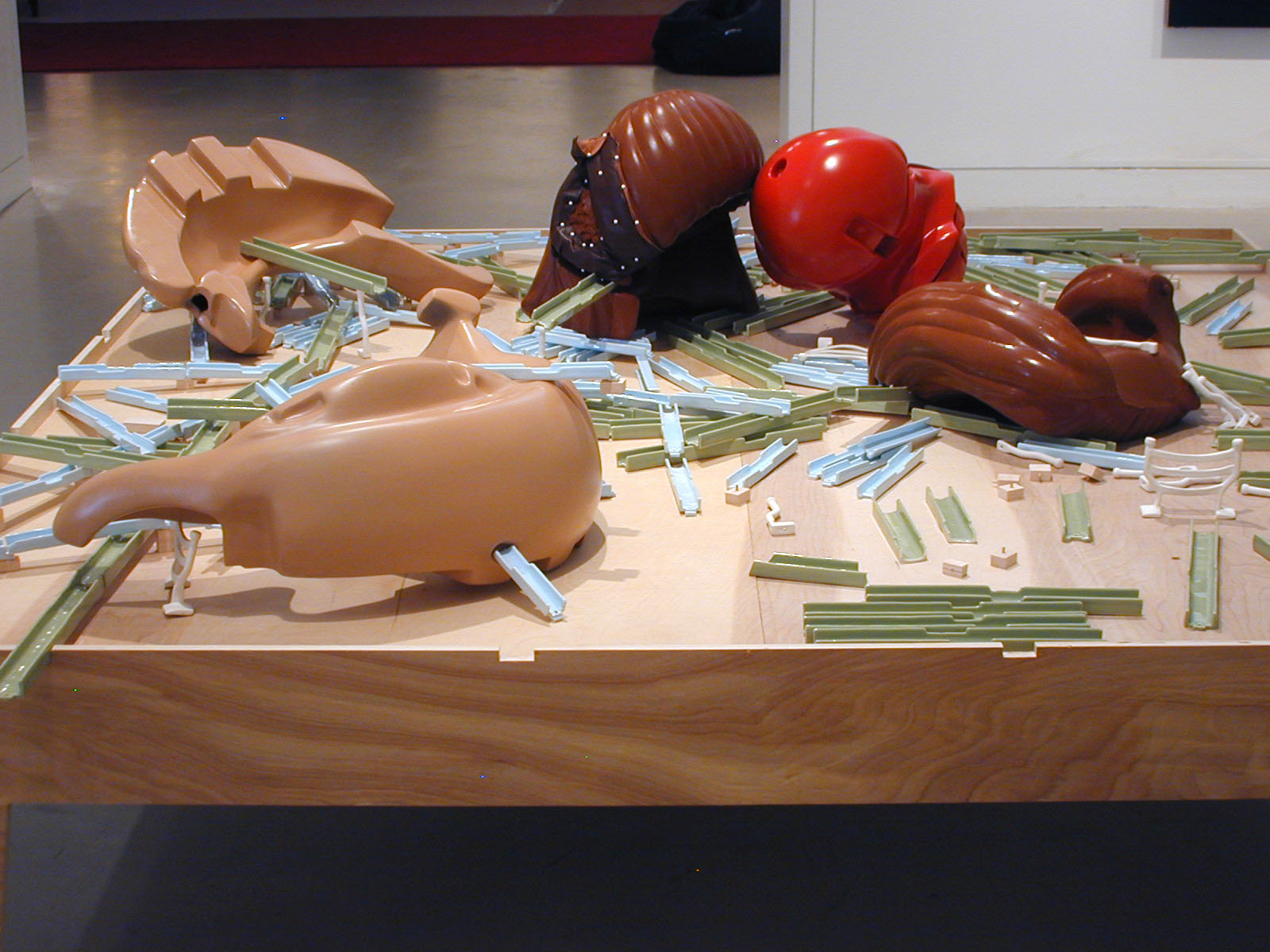 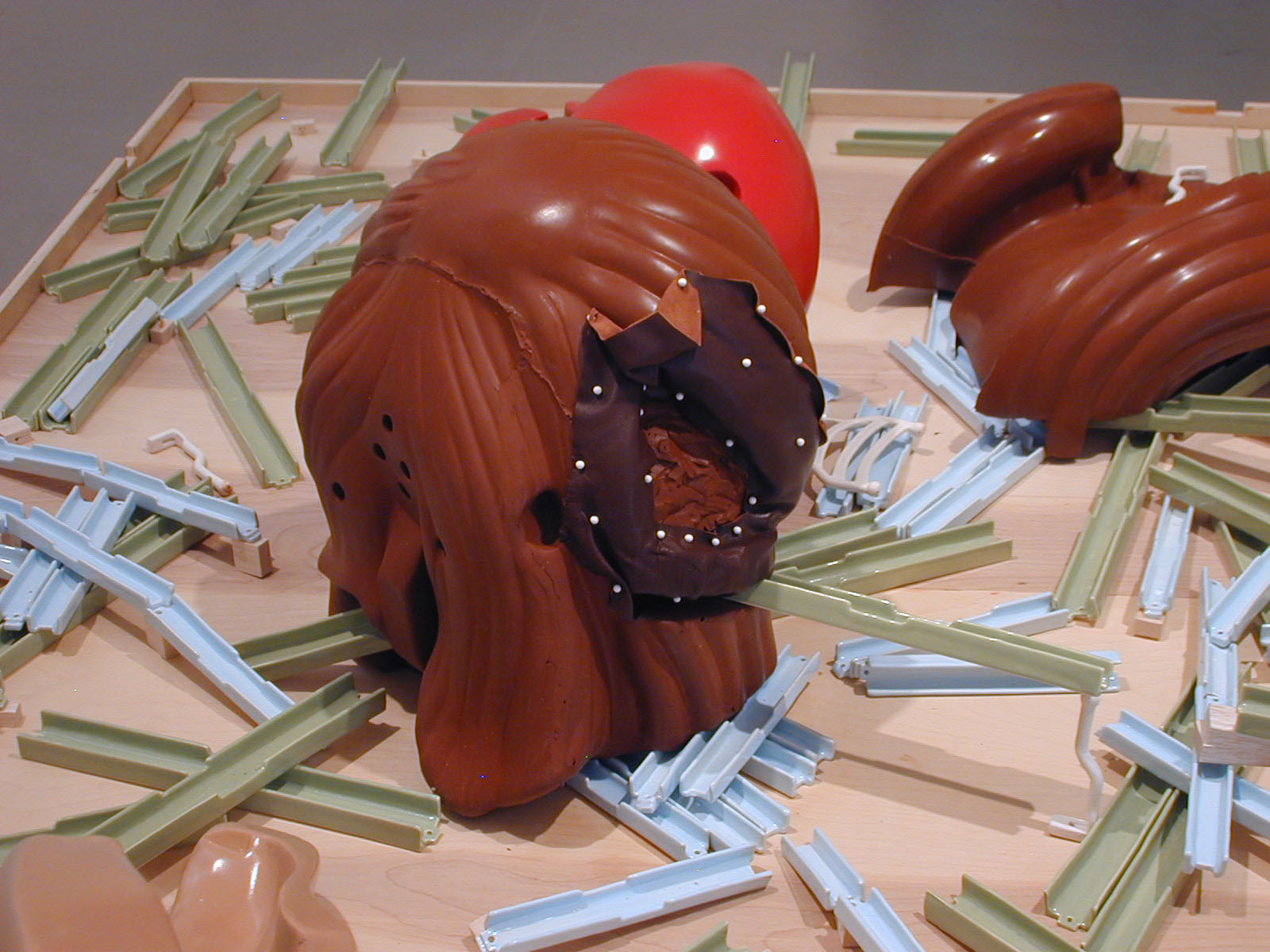 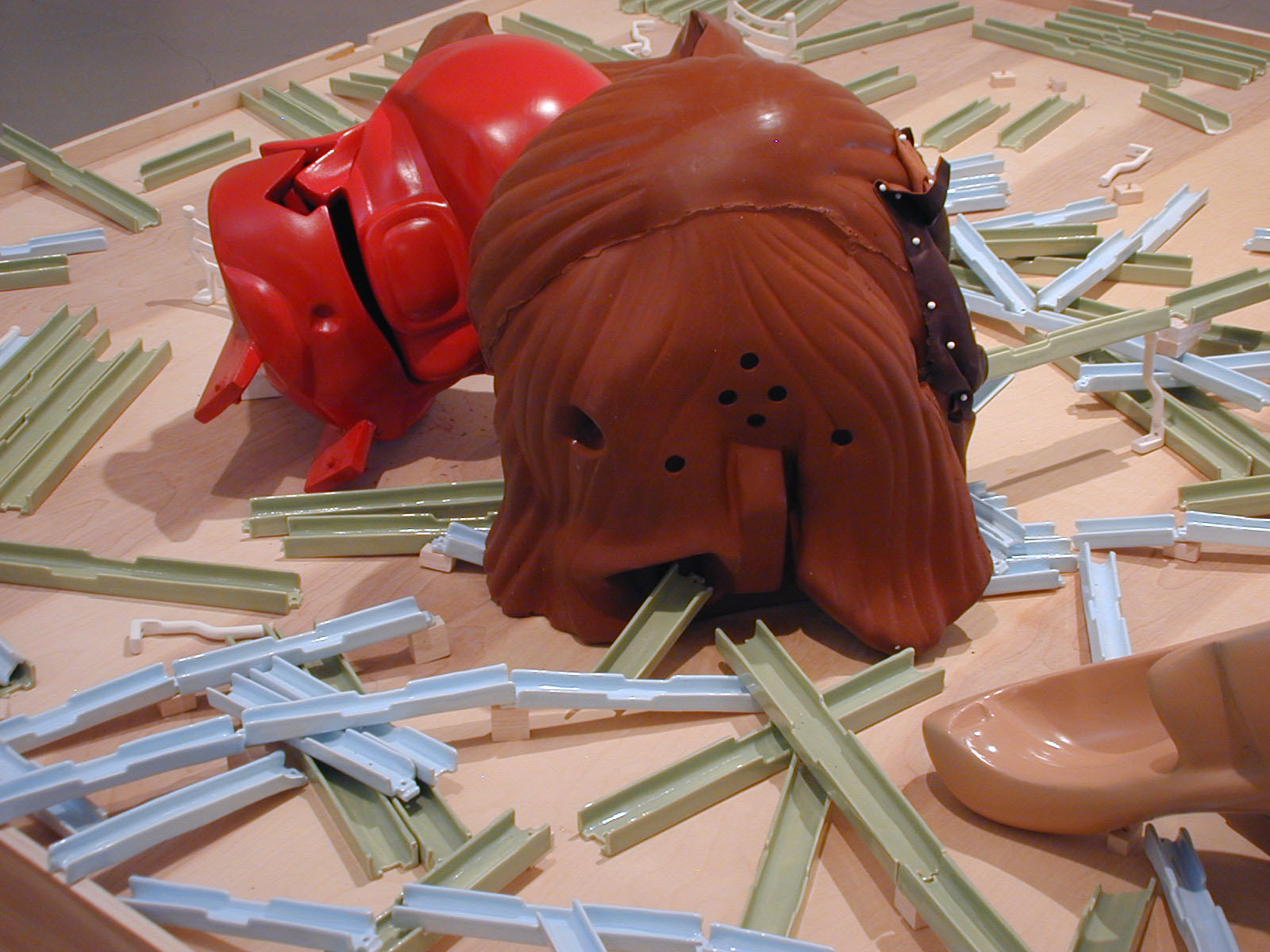 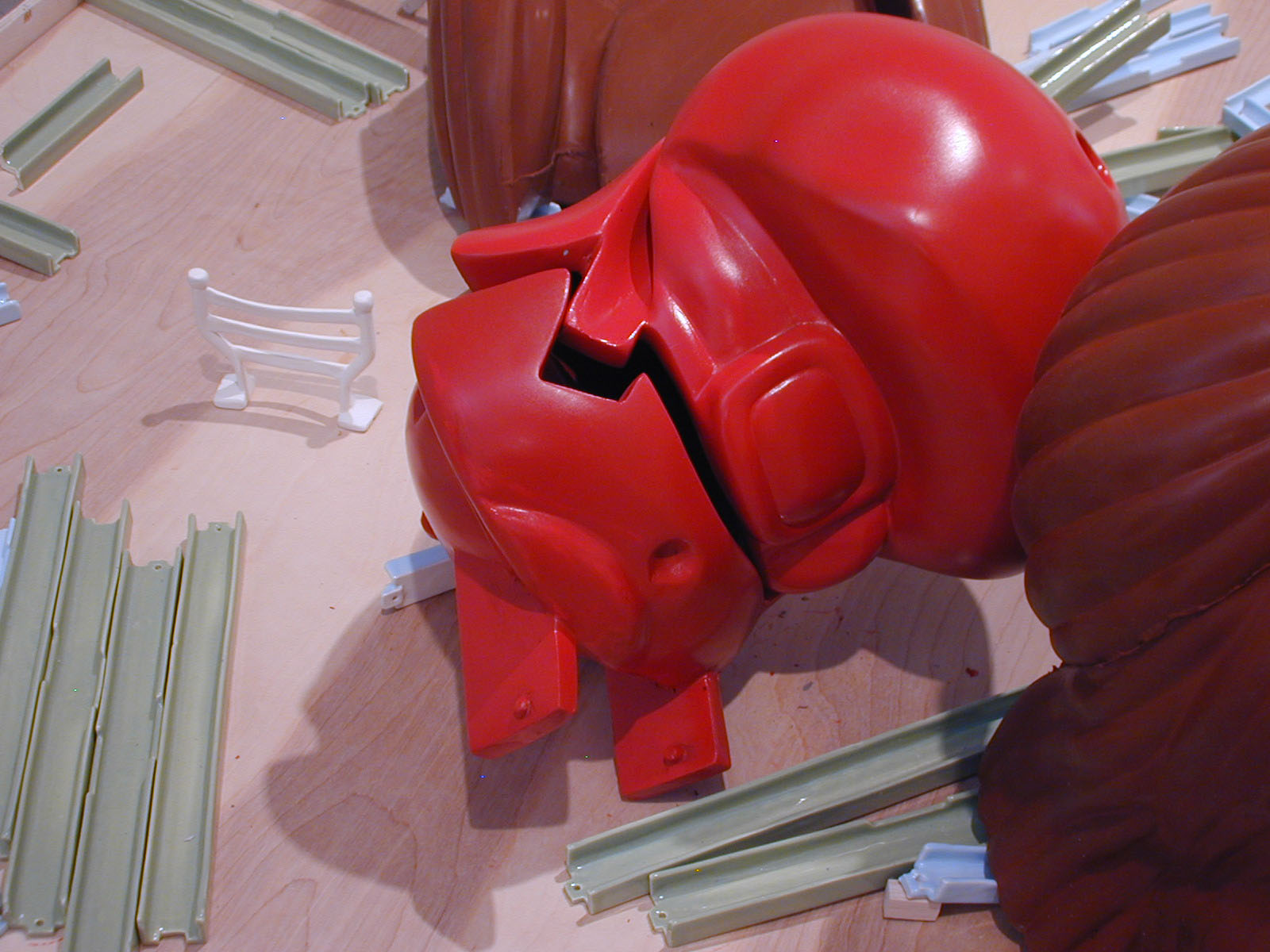 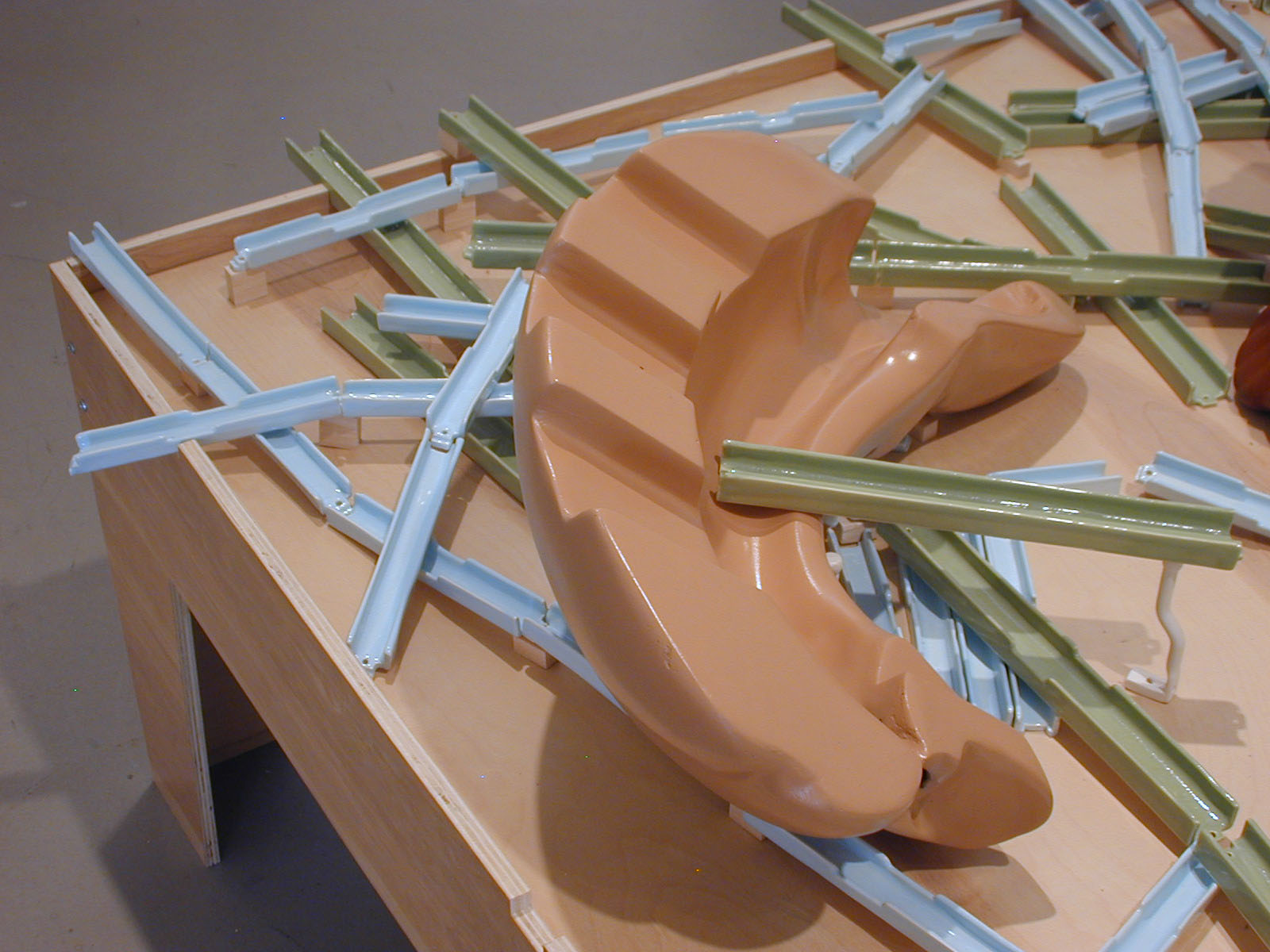 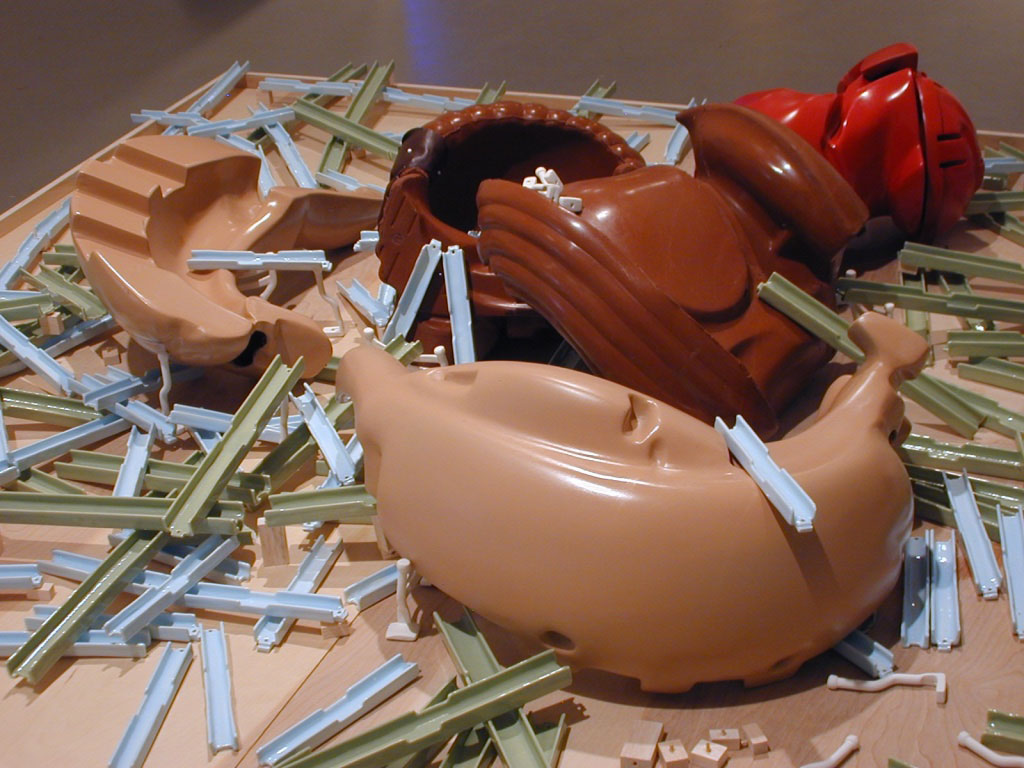 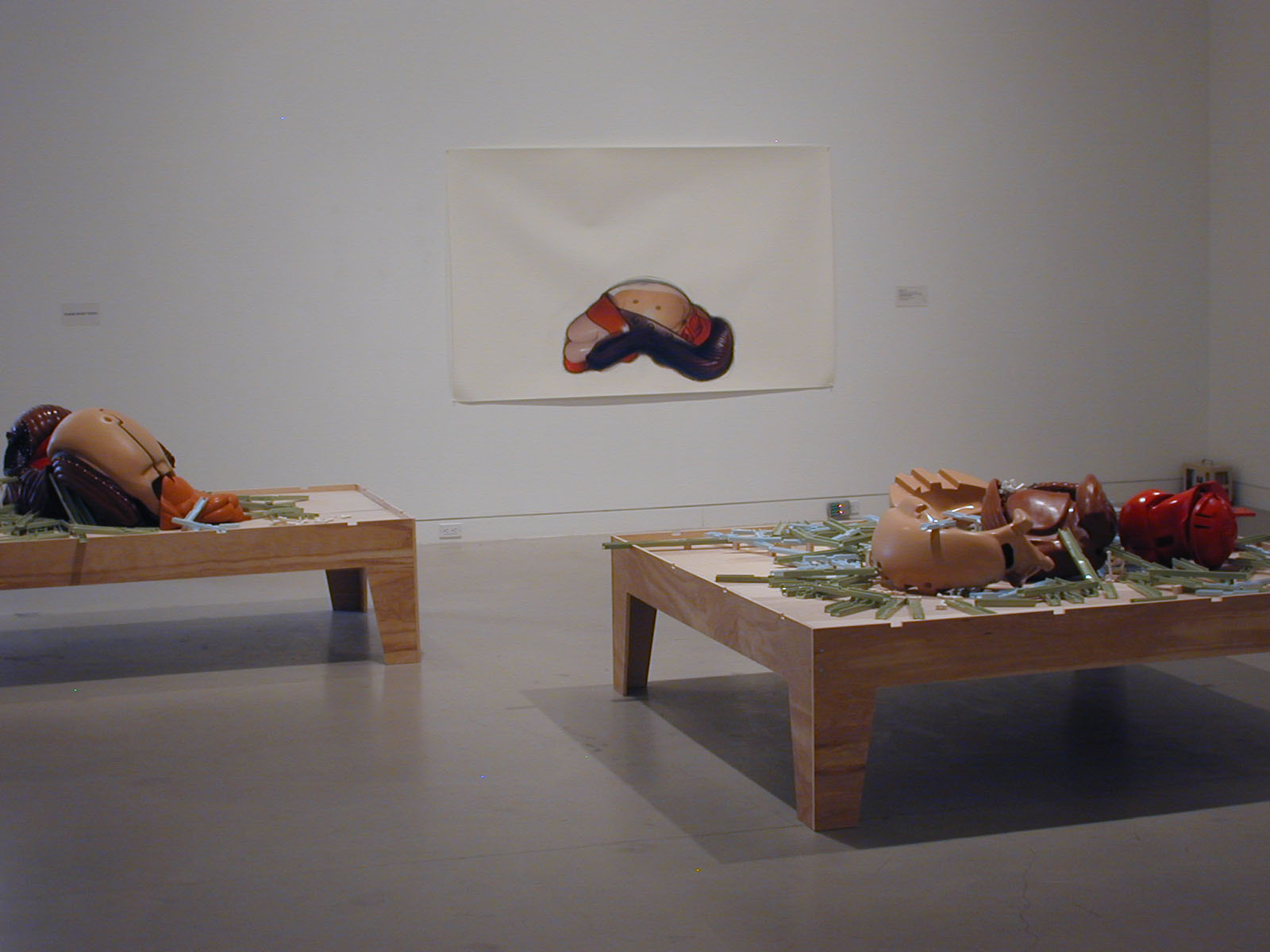 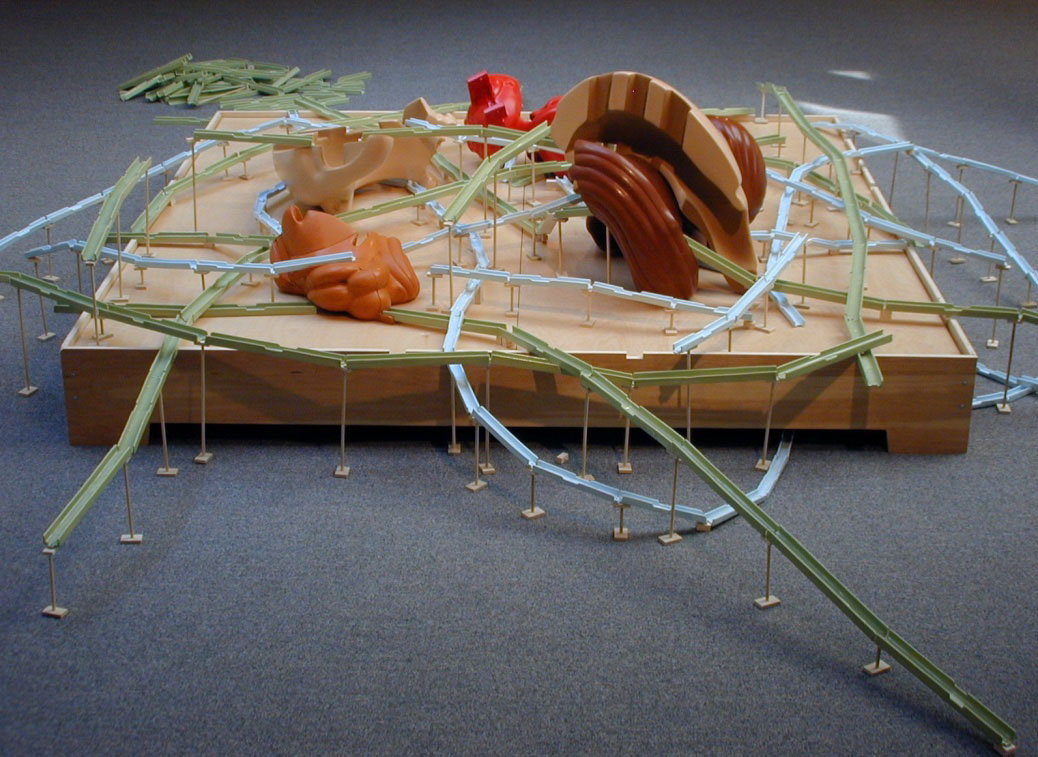 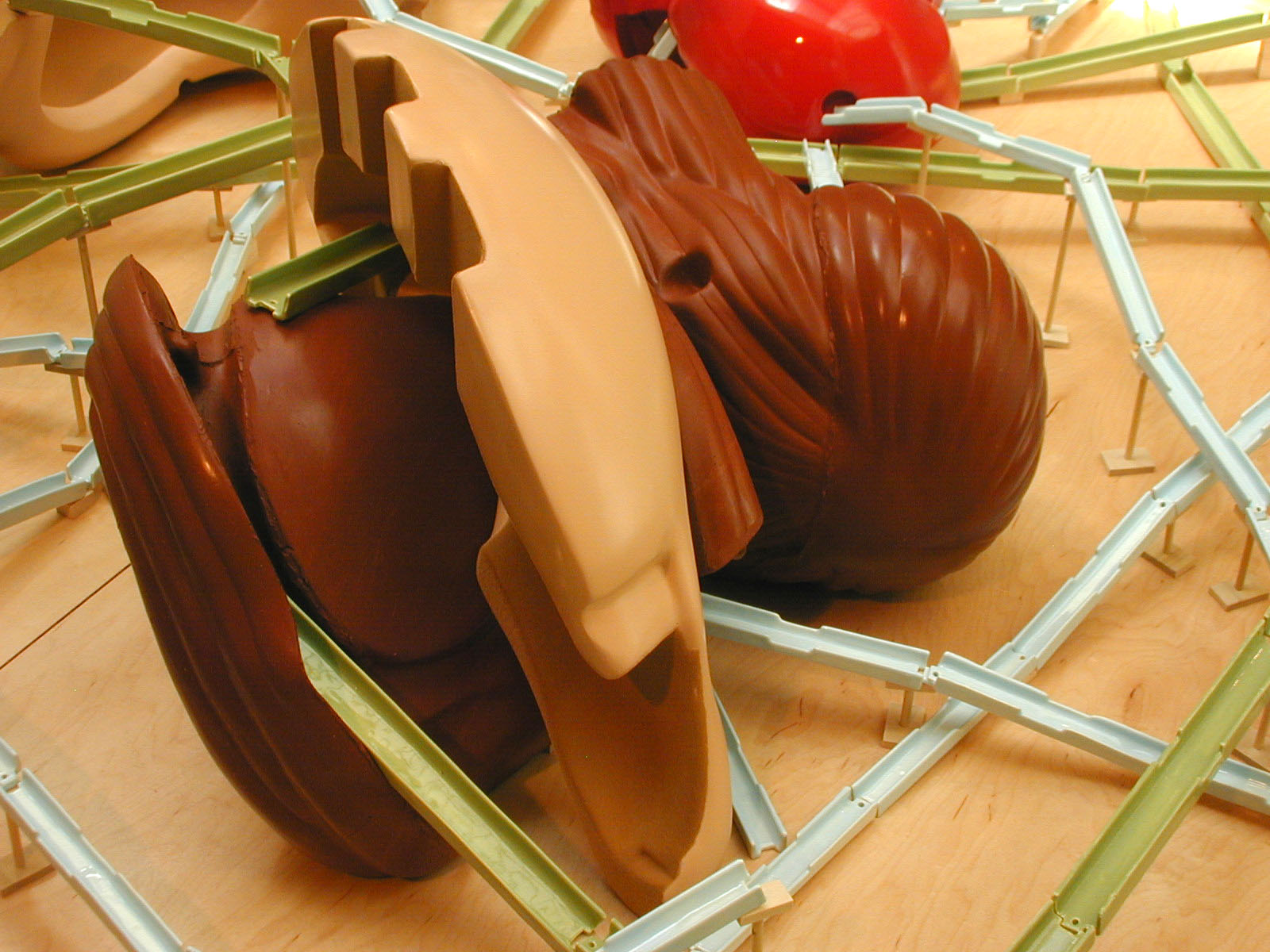 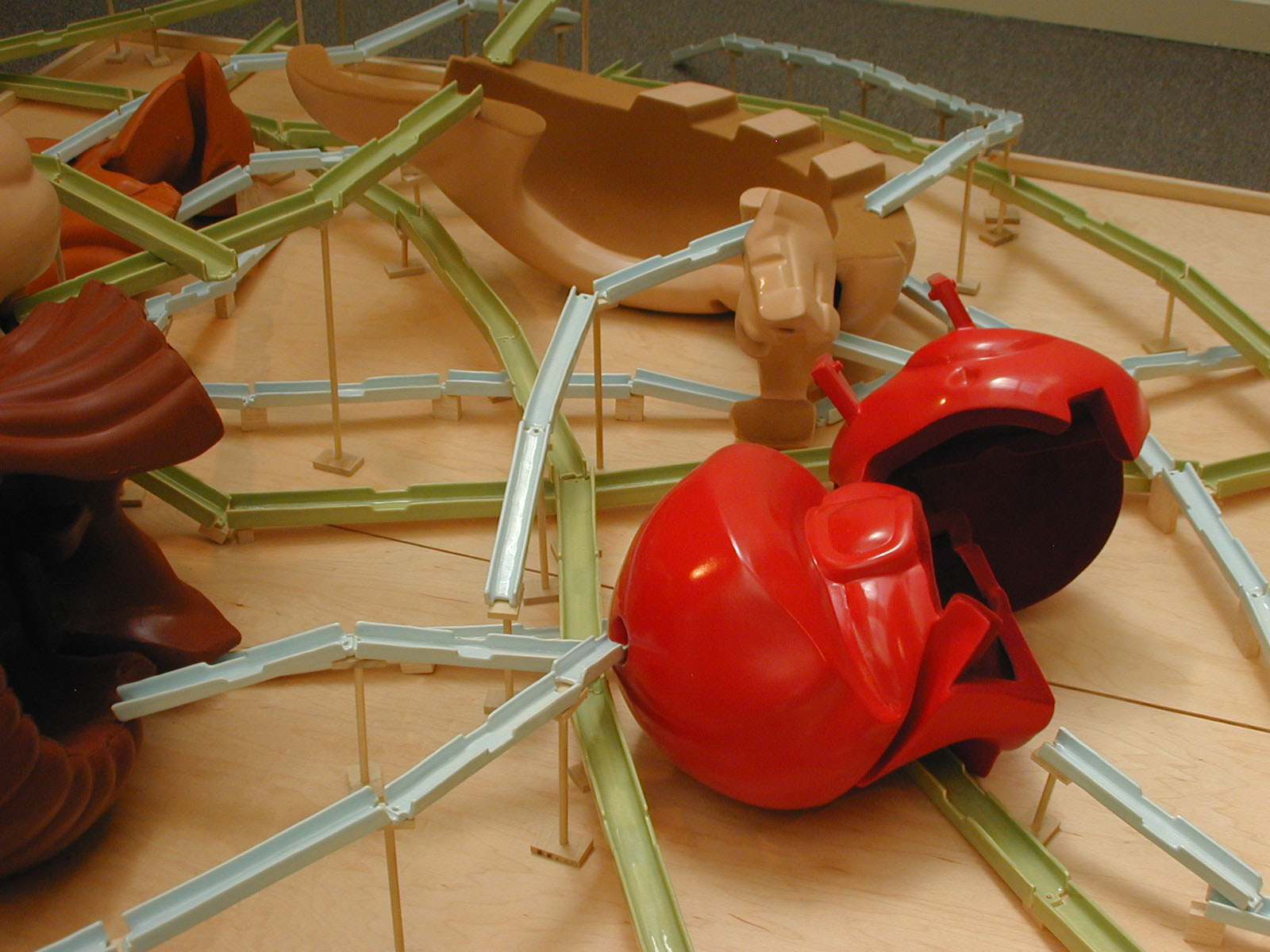 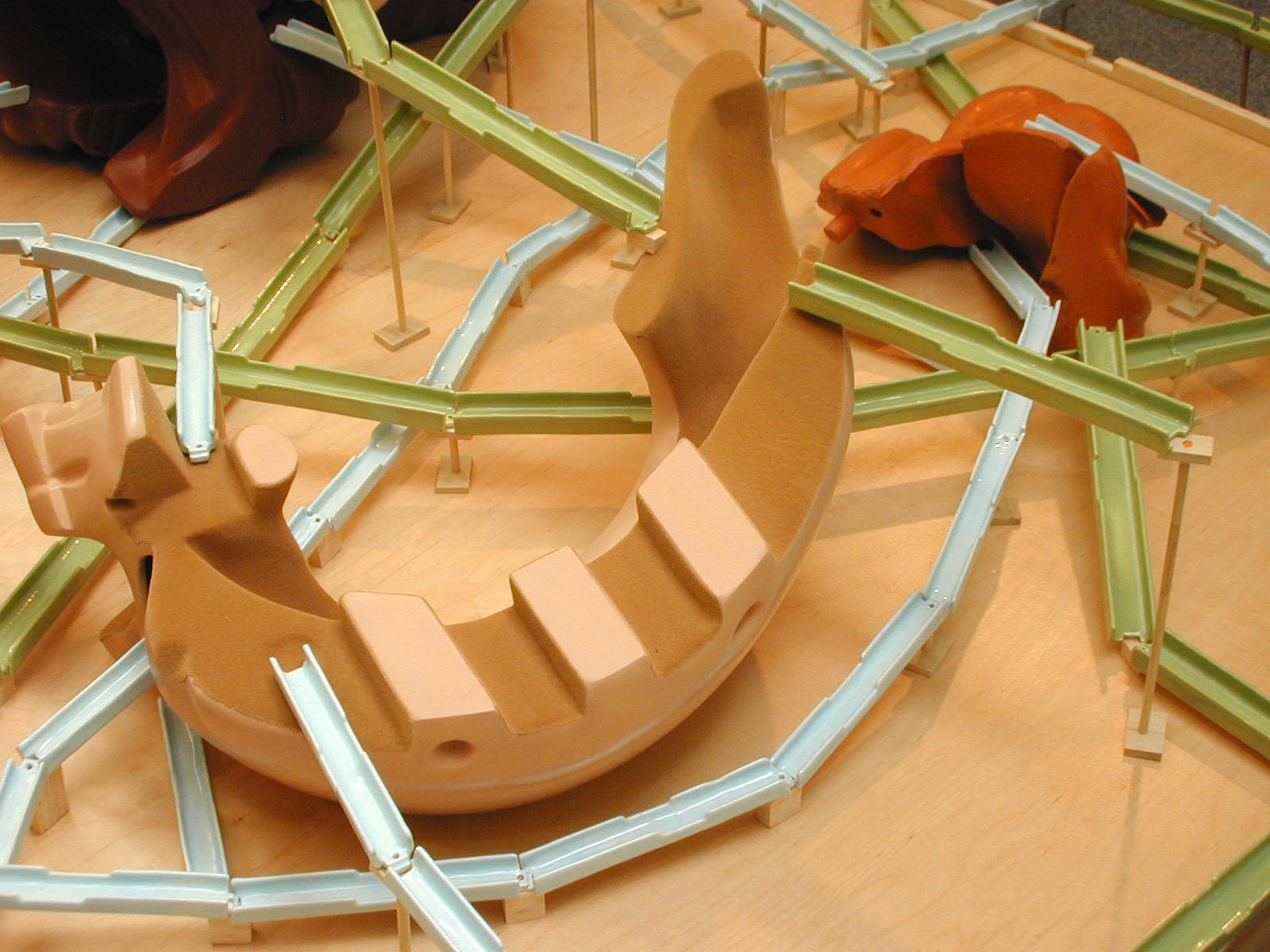 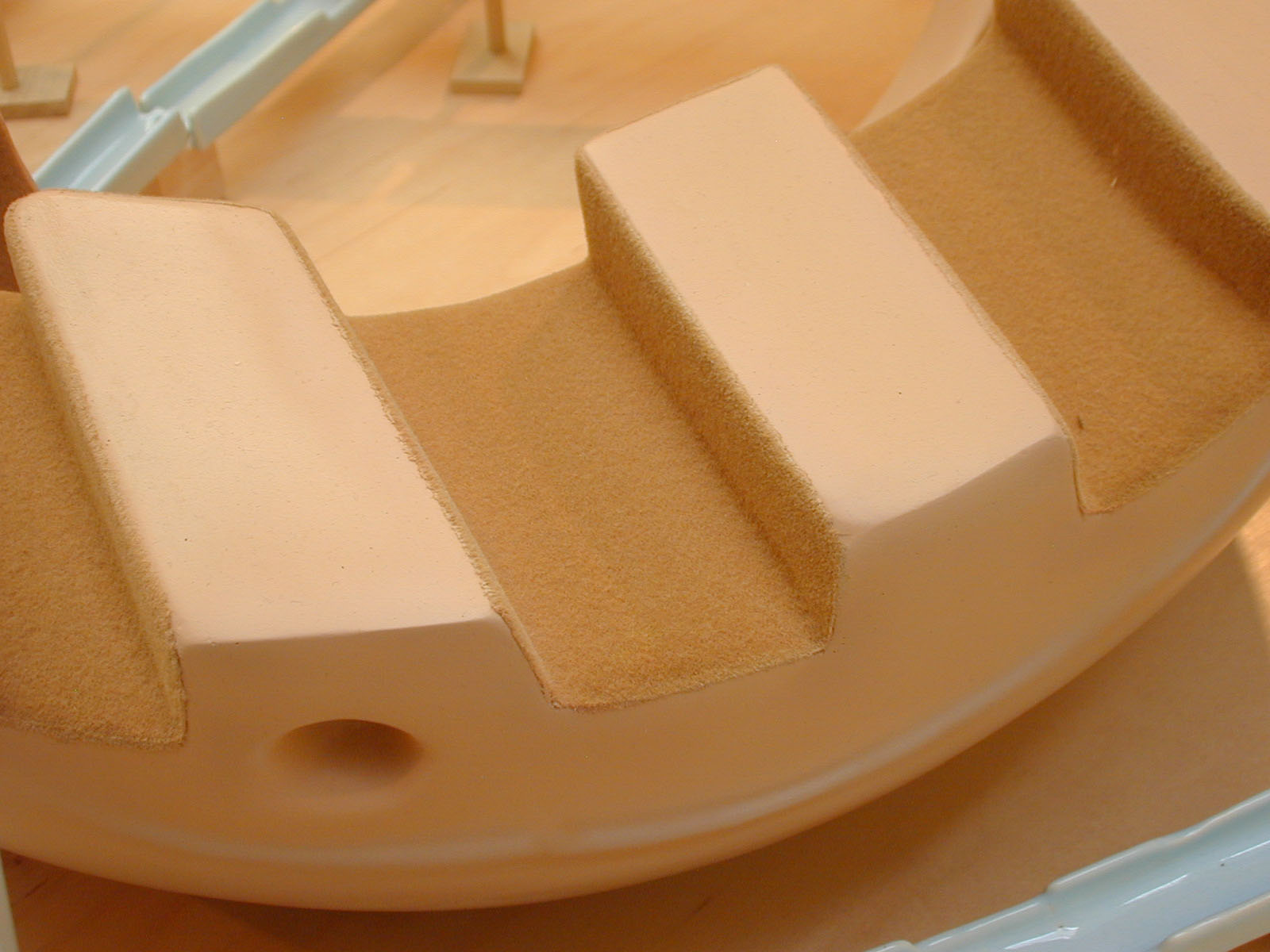 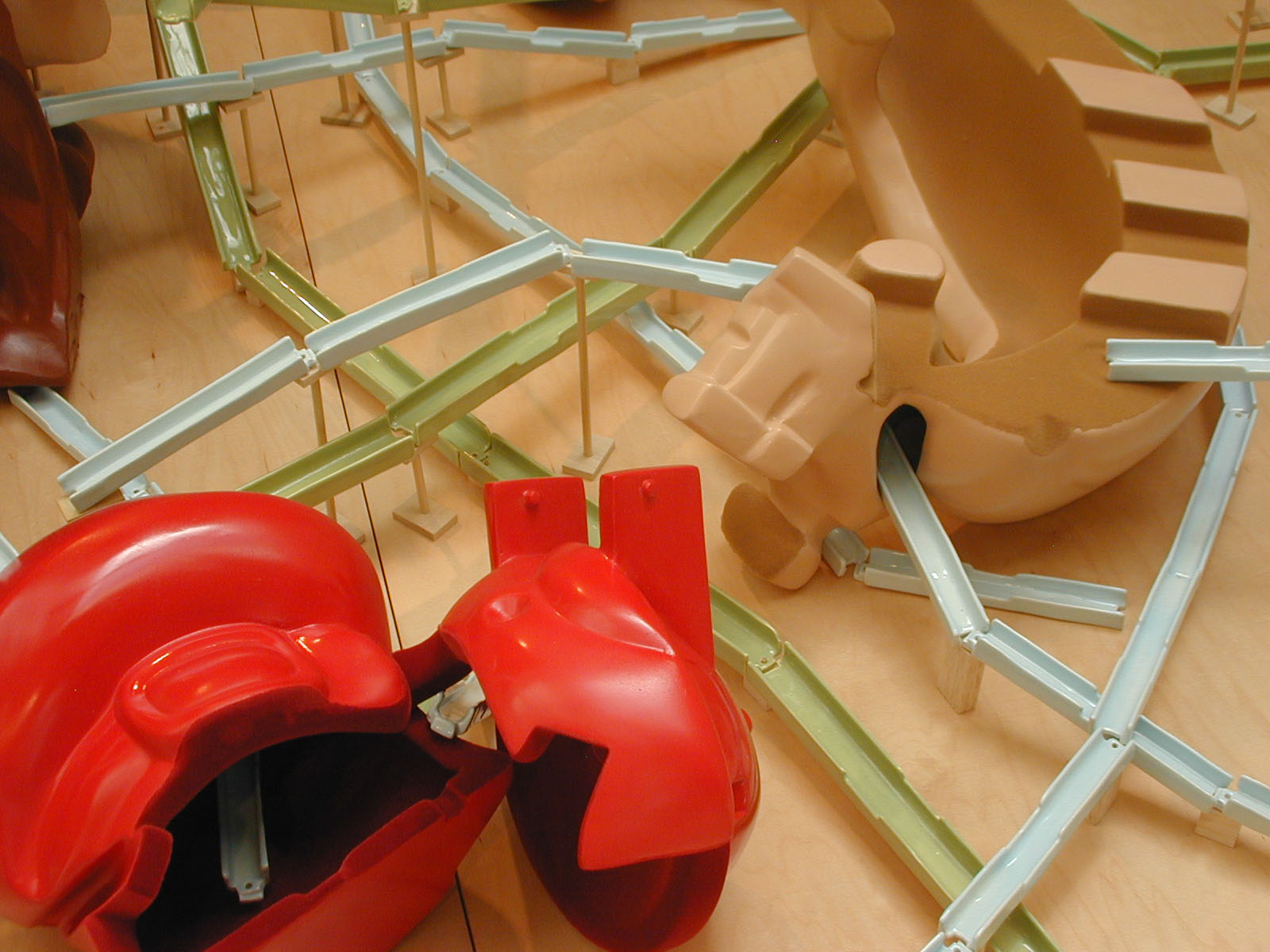 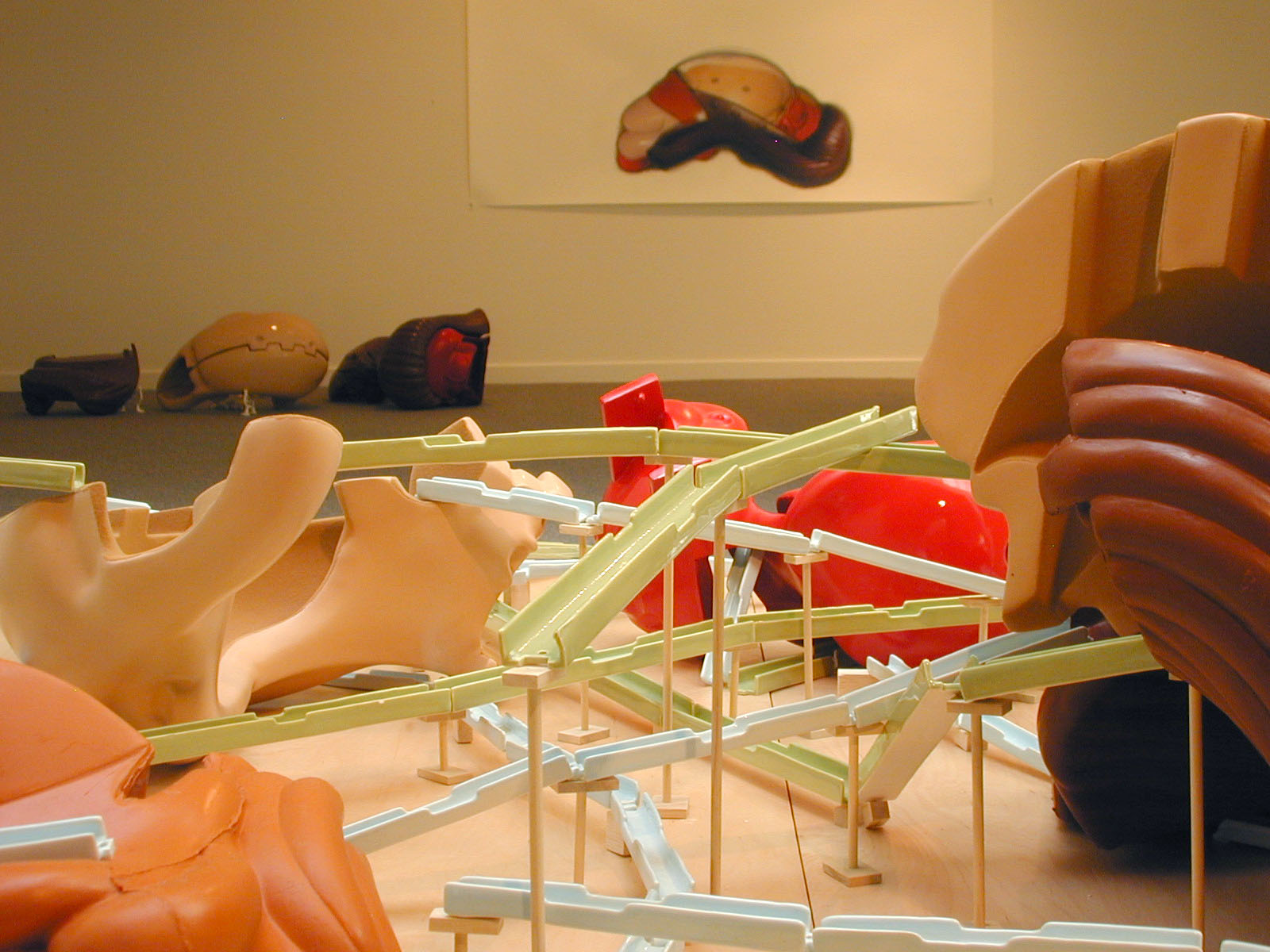 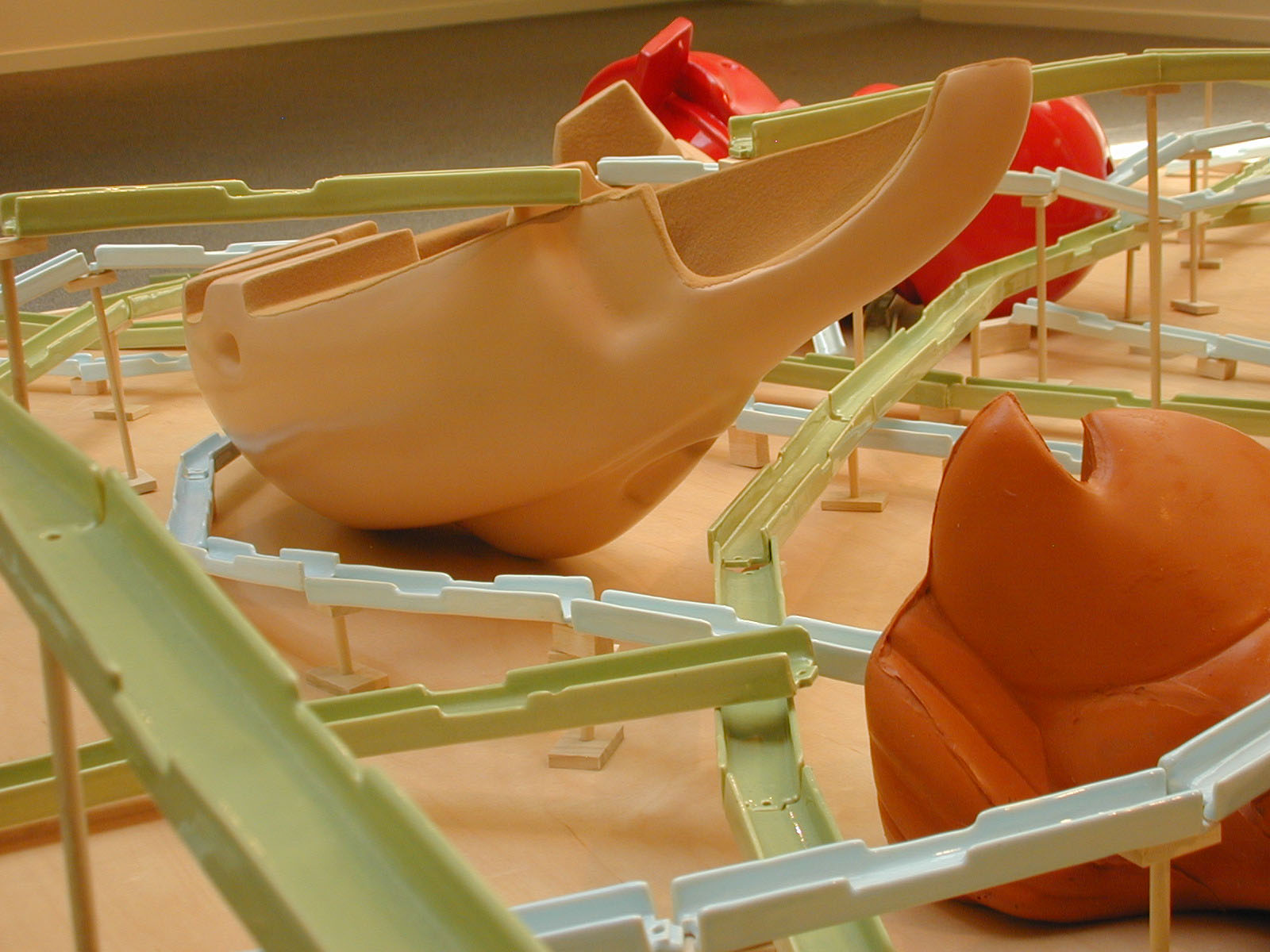 In 2002, I was hired on an Art and Technology digital initiative to restructure the sculpture program in The Art Practice department of UC-Berkeley and bring rapid-prototyping into the curriculum. Integrating teaching with my research, becoming an academic gave me the opportunity to examine alternate modes of production in engineering, architecture, and other university research institutes. Since then I have continued this multi-disciplinary approach at other institutions working with diverse departments such as music, criminology, and physics. Due to these fruitful collaborations my work has expanded exponentially in the range of materials employed and the conceptual layers ofthe scope of each project.

Little Girl that Says Wow was a way to integrate the work I had done with the Fondazione Trussardi with this new sense of breakdown I was feeling with the work. My time in California was a moment to re-consider my practice and quite literally deconstruct both physically and psychologically.This project began with research done with Porsche Engineering in Southern California in order to implement 3-D scanning technology in the early 2000s. Porsche at the time was sculpting the chassis frame, full-scale in clay and then 3-D scanning the form. I executed this piece by sculpting the model in clay, scanning that clay model, dissecting it digitally and then rapid-prototype 3-D printing. I also worked with Ceramica Suro in Gaudalajara, Mexico to have all of these ceramic parts allow for conduits to stem out from this modular form so it could become a kind of landscape. The results were exhibited at the OCMA California Biennial in 2005. It would be shown again at Paule Anglim Galerie afterwards in a show entitled Wenk Row(New Work) to suggest the ways in which it could be assembled and scattered into several configurations and landscapes.

I also attribute the time in California to allow for a more Pop, colorful sensibility. I would return to NY the Fall of 2005. That time at Berkeley was a great moment of re-configuring my practice even though the work was not reflective of work I would make in the future, but a necessary step in my process that would lead to familiar themes of mine: collapse, iterative multiple moments, fracturing of figurative narratives.