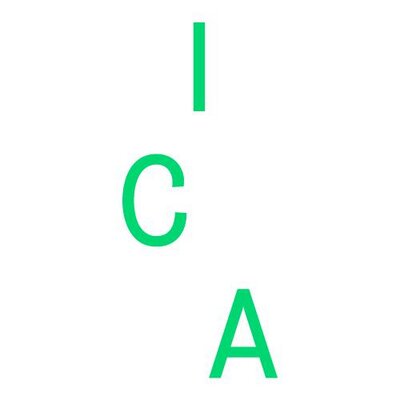 In Ballast & Barricades Michelle Lopez employs a formal, fragmented architectural language to critique symbols of nationalism, power, and consumption. In this site-specific installation Lopez brings together a selection of recent sculptures alongside a monumental intervention in the ICA gallery that creates a suspended cityscape reduced to rubble. Blockades, borders, flags, and natural elements bleed together while remnants of construction sites and scaffolding create a delicate system of counterweights and counterbalances — all meticulously crafted by hand. For Lopez, this sculptural terrain suggests an ongoing history of bodies and violence in the absence of figuration. It is an urban landscape fabricated out of the material remains of crisis, teetering on the brink of collapse.

Lopez is recognized for her deep,investigative command of materials and for sculptural works that recast the masculinist bravado of everyday objects and pop-culture symbols through a feminist lens. Drawing on familiar works from minimalist sculpture to reorient gendered narratives of artistic practice, Lopez’s deconstruction of form also extends to the signifiers embedded within our built environment and societal structures. This doubled critique is immediately evident in Halyard (2014),situated at the entrance to the exhibition. A shiny, phallic metal pillar that punctuates the space and extends upward through the gallery ceiling, Halyard evokes references such as sculptor Constantin Brancusi’s Endless Columns. Upon closer inspection, this totemic form reveals itself to be a recognizable object: a rope hangs down and loops around a hook, making it clear that the sculpture is a flag pole. And while the phantom flag remains out of view, the cord begins to move, slowly at first, then building until its aggressive flapping becomes audible throughout the museum. For the artist, this is the American flag asserting itself against the backdrop of a dangerous rise of populist sentiment in the guise of patriotic display. Lopez observes, “I had been considering the notion of iconography and the connotations of identity and power. I wanted to desaturate an image by its removal, allowing the trappings and the remixing of hardware to represent its undoing.” Although our imagination is tempted to fill in the image with an enormous flag waving in the wind, “the absence of the flag creates an experience of impotence.”1

Flags appear in other forms throughout the exhibition. Positioned amid a constellation of works from the last ten years is Lopez’s Flag (2014), in which a spindly metal line, reminiscent of a branch, precariously supports a delicate, creased piece of lead made to resemble fabric. Is it a sign of truce, an S.O.S. signal, or the kind of pennant seen on a child’s bicycle? Regardless, the artist observes,“There is no victory in its abject folds.” 2 Indeed, while the material might conjure images of artist Richard Serra flinging molten lead against a wall in the late 1960s, in Lopez’s hands these hard-edged industrial materials are often rendered limp and delicate. This is exemplified by the trio of wilted sculptures, Blue Angels (Paper Series) (2011), which Lopez describes as “partly alive and partly defeated.” 3 Over nine feet tall and leaning against the gallery wall, at first glance they recall deflated monolithic sculptures by John McCracken, but in fact they refer to the debris from airplanes, inspired in part by the artist’s experience living in New York during 9/11. Furthermore, they act as a record of the artist’s intimate performances in her studio as she wrestles with large pieces of aluminum on the ground, creating the dents and creases using the weight of her own body.

A tension between the handmade and industrial fabrication, and between presence and absence, runs throughout much of Lopez’s work, and it is often difficult to discern what has been created by the artist’s body and what has been produced by machine. For Lopez,this physical engagement with her materials and their alchemical properties is paramount, but equally important is the experience of the viewer who navigates her installations and interprets the many layers of cultural codes embedded within them. Her symbol system is in part connected to a process of drawing,and the artist sees all of her lines in space as having a relationship to the inky strokes she marks on paper. But it is also partially derived from Lopez’s upbringing. “Filipino culture,” she observes, “has a dizzying array of colonial hybridity, which in and of itself forms part of its identity. I can’t emphasize enough how important this was to my formation as an artist.” 4 This fluidity of signification is also evident in one of Lopez’s most recent works, Continuous Line (2019), in which chromed steel morphs between a twig, a rope, a chain-link fence, a barricade, and a flag. It suggests that these forms are interdependent physically and metaphorically, representing nature and culture, but also the borders and boundaries imposed by the state.

Critic Richard Leslie has observed that a consistent dimension of Lopez’s work “is her continuing efforts to vocalize the ever present (and one might say) expanding meme of fear, the zeitgeist of our unsettled times.” 5 This is perhaps most manifest in the eponymous installation Ballast & Barricades (2019) created for the ICA. The ensemble is an outgrowth of Lopez’s earlier investigations in House of Cards (2018) and the sculpture Barricade (2018), both on display as discrete artworks and incorporated within the larger installation. Disparate materials associated with an urban landscape are arranged in delicate assemblages: A piece of street rubble hangs tenuously from a bright paracord employed in parachutes, acting as a counterweight to the slight, skeletal metal formations to which it is attached, while a glass, icicle-like shape underscores the construction’s seeming fragility. Barricade continues the artist’s exploration of balance and counterbalance, but the addition of a barrier also speaks to resistance and containment. In Ballast & Barricades Lopez blows up these forms and structural concepts to architectural scale, creating an impossible scaffolding system that feels at once playful and dangerous. There is trepidation when encountering these suspended and precarious frameworks, as if they could topple at any moment. Lopez bends a language of construction to her will, reveling in the malleability of her materials: wooden police barricades are softened, warped, and distorted; rope legs prop up large metal lattices; chain-link fencing is twisted by hand; and fragments of staircases and ladders ultimately lead nowhere. And while a kind of sculptural acrobatics is on display, it should also be understood as a reflection of the crumbling infrastructure in the United States, from the devastating effects of gentrification legible throughout Philadelphia’s streets, to the blockades setup to deter protestors and the fencing used to imprison human beings at our borders. For Lopez these material conditions mirror a kind of sociopolitical unraveling. And yet, within this ruinous space, the artist sees room for action. Even as these structures and structural systems are dependent on each other for their literal support, Lopez asks the viewer to suspend disbelief and to “identify spatially with the collapse, but also imagine a redemptive,strange logic out of the impossible moment.” 6