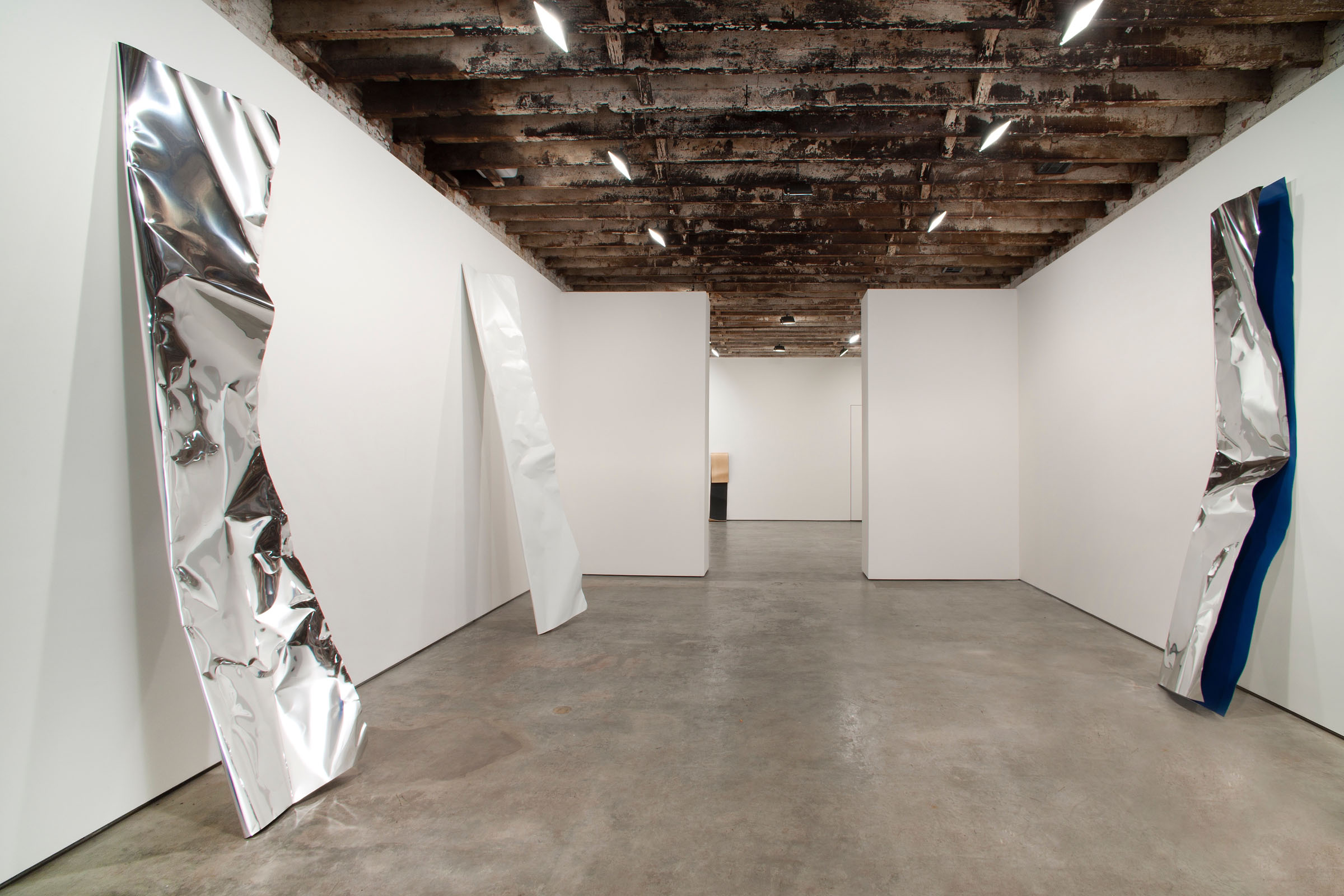 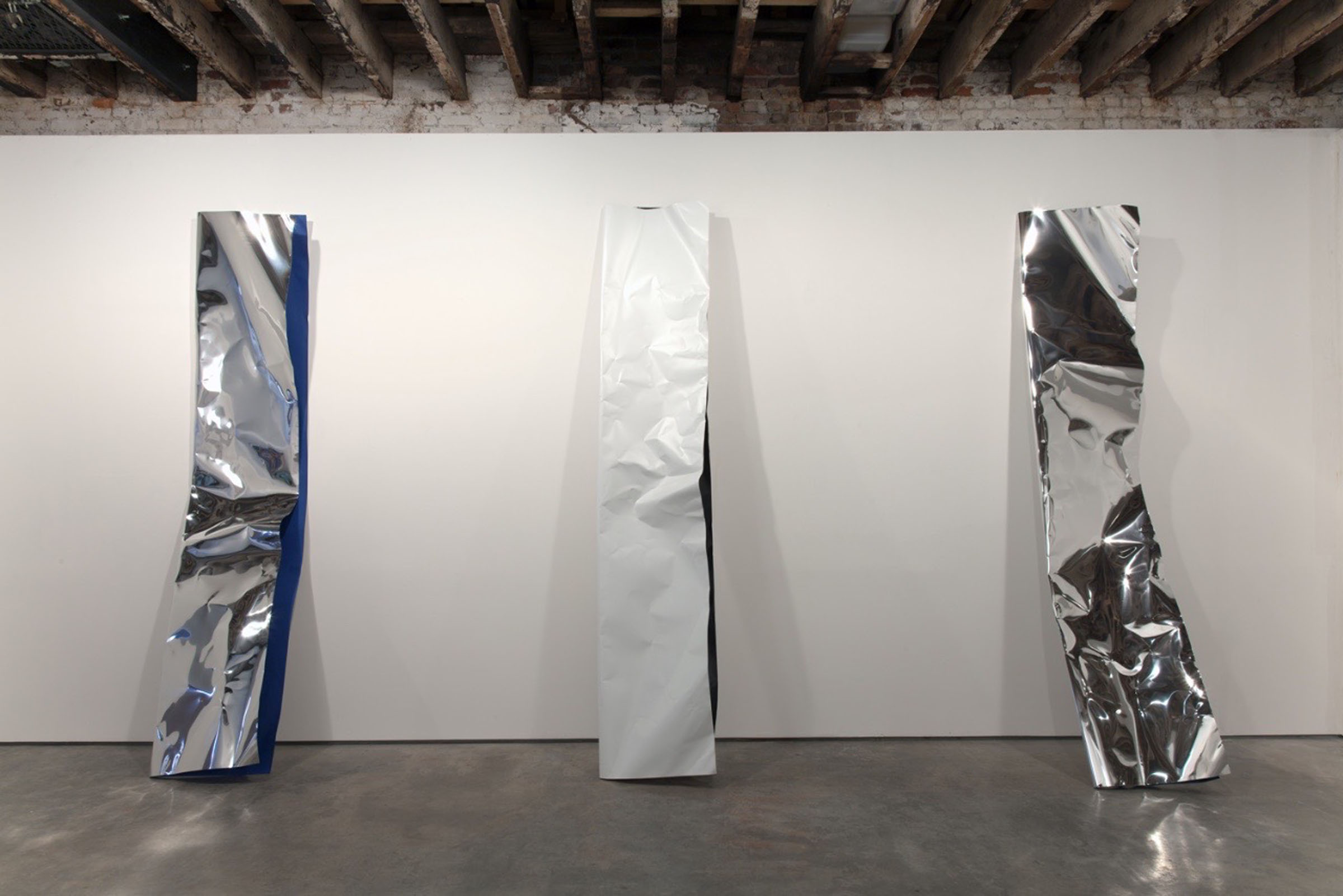 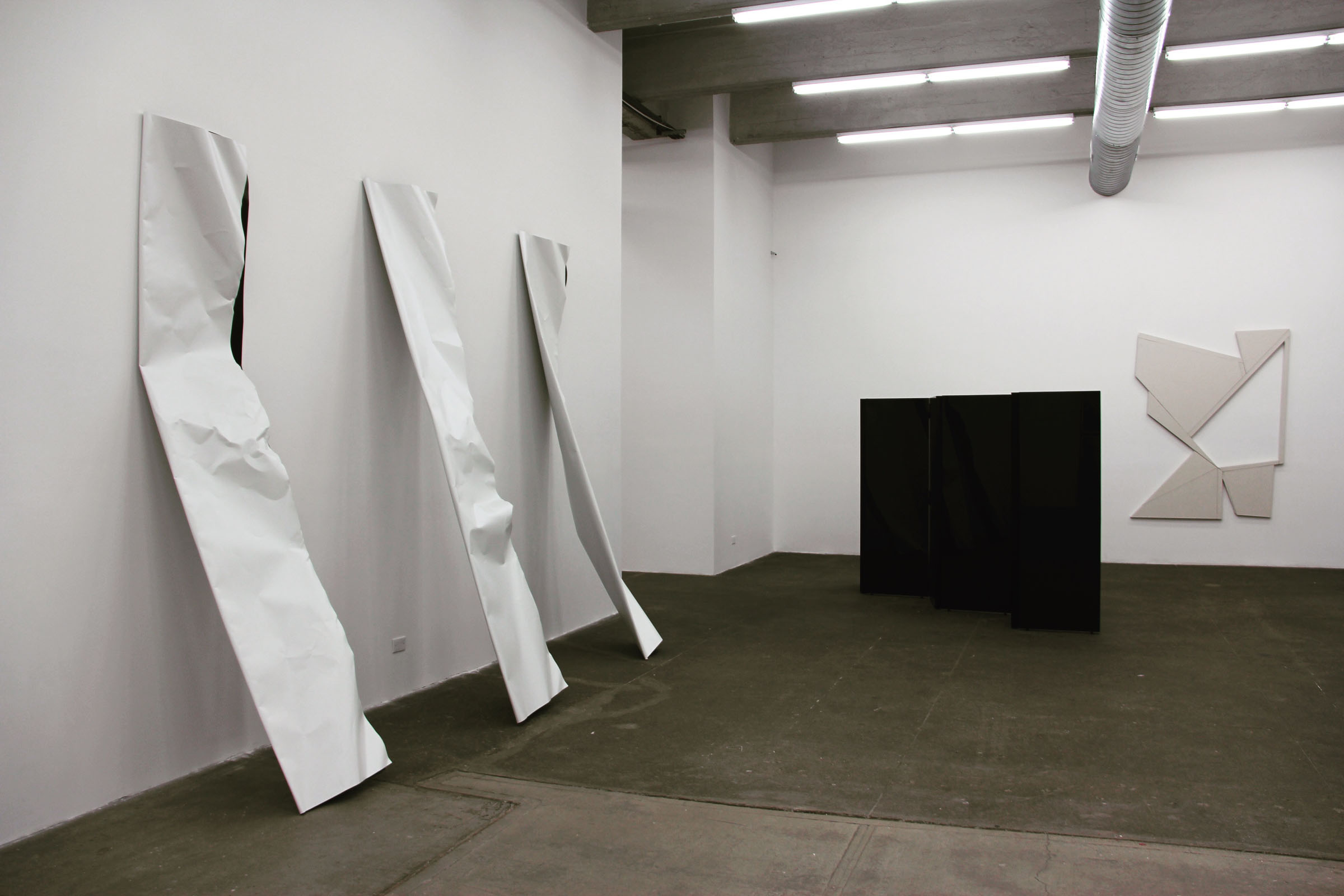 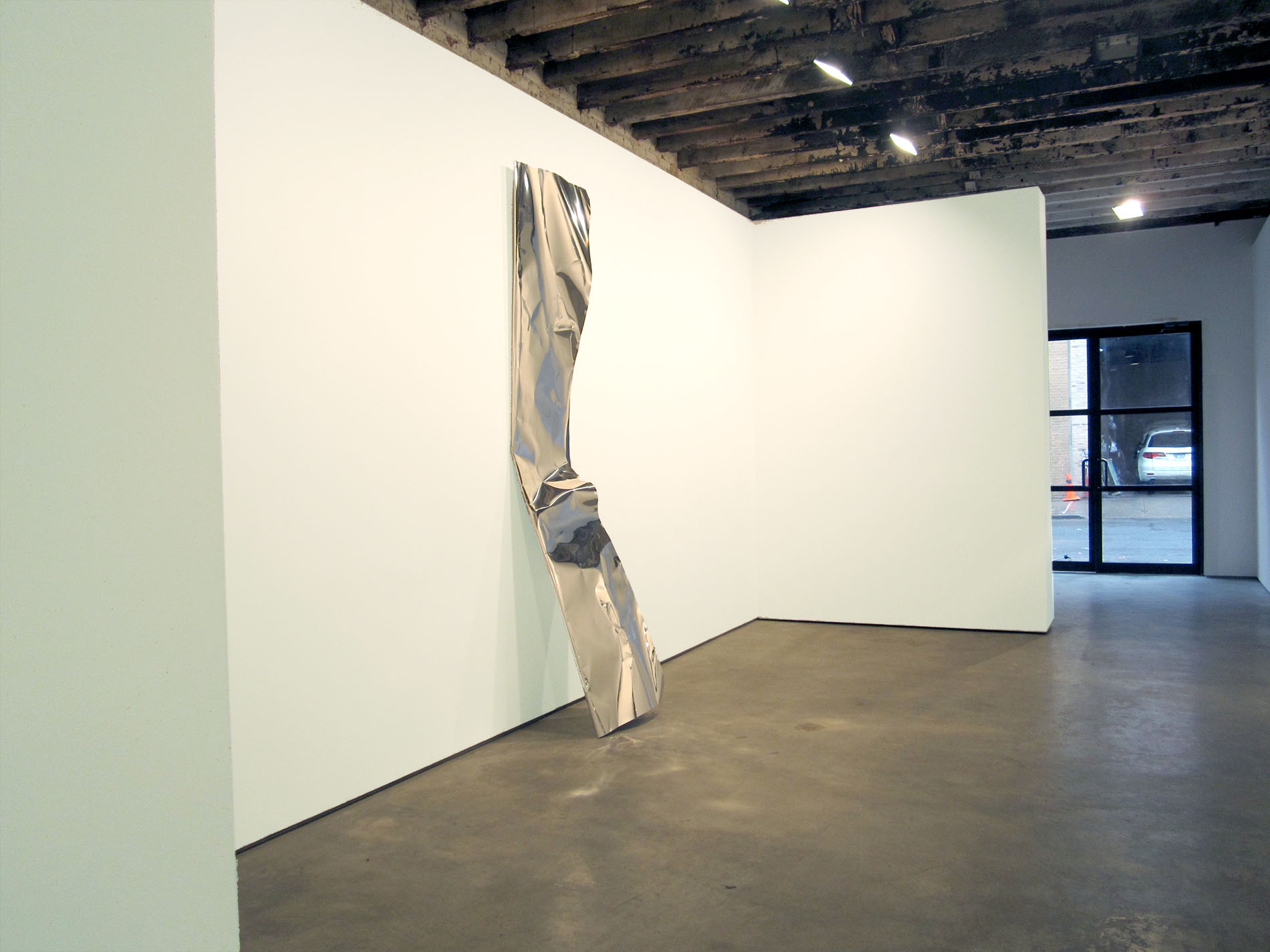 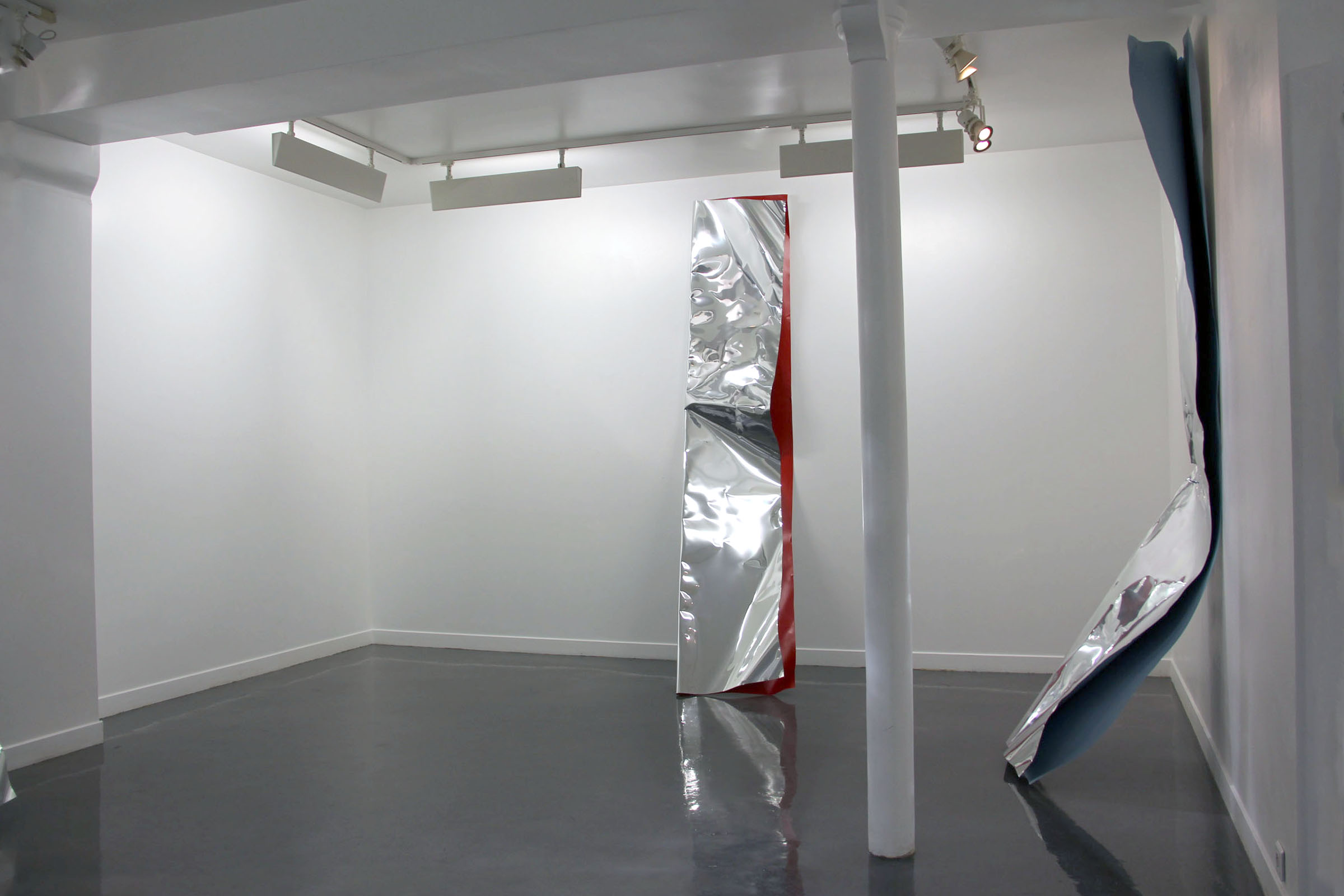 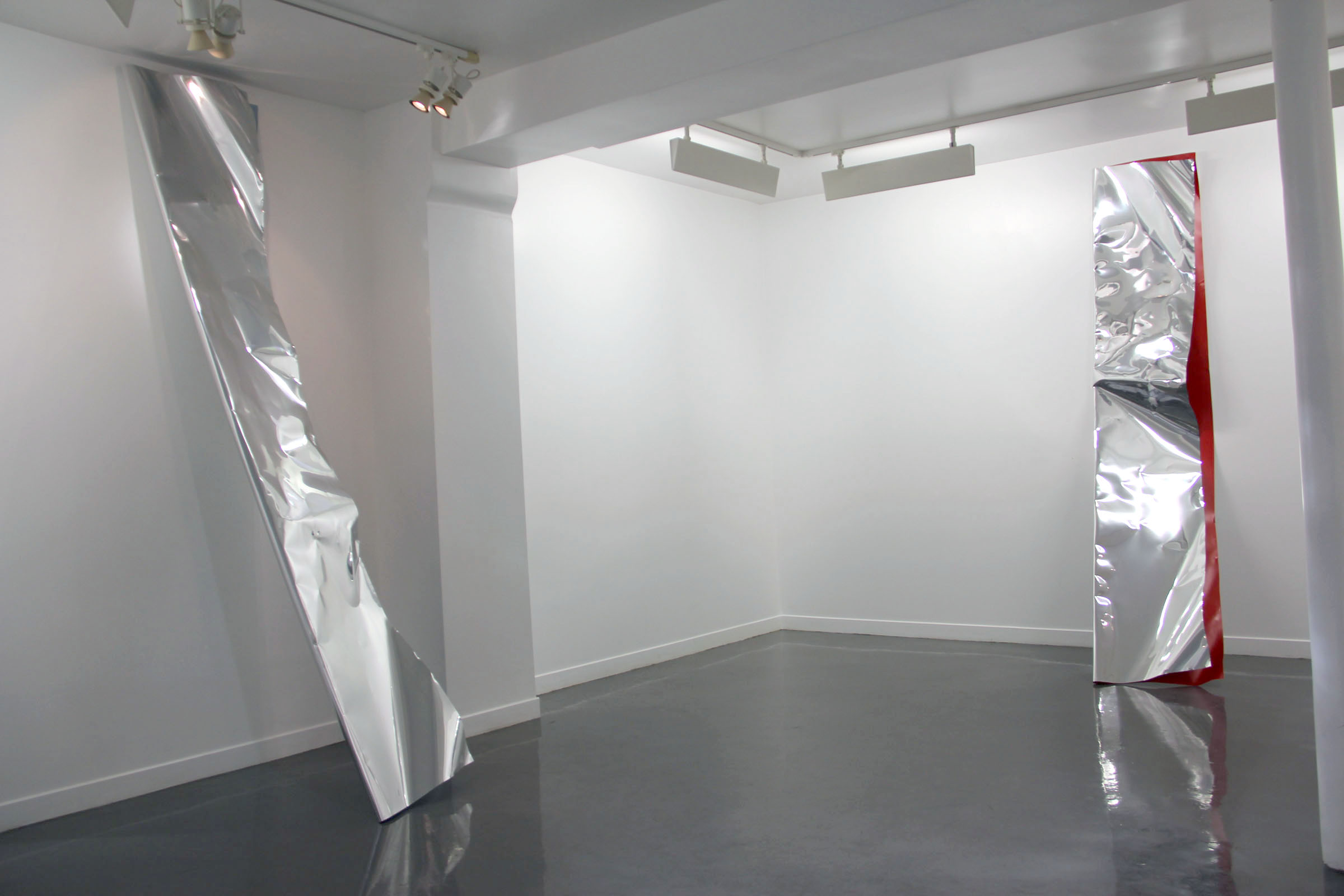 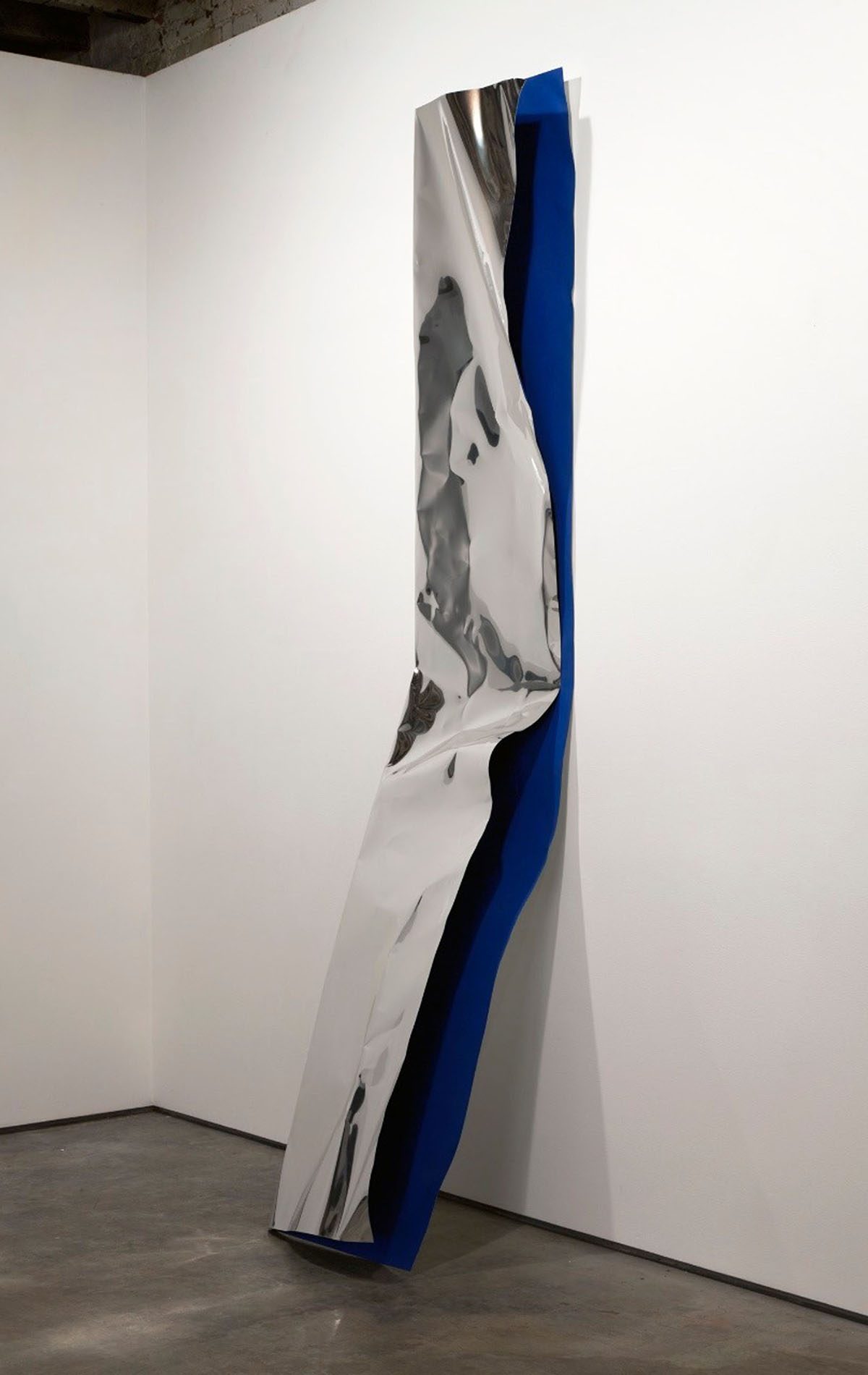 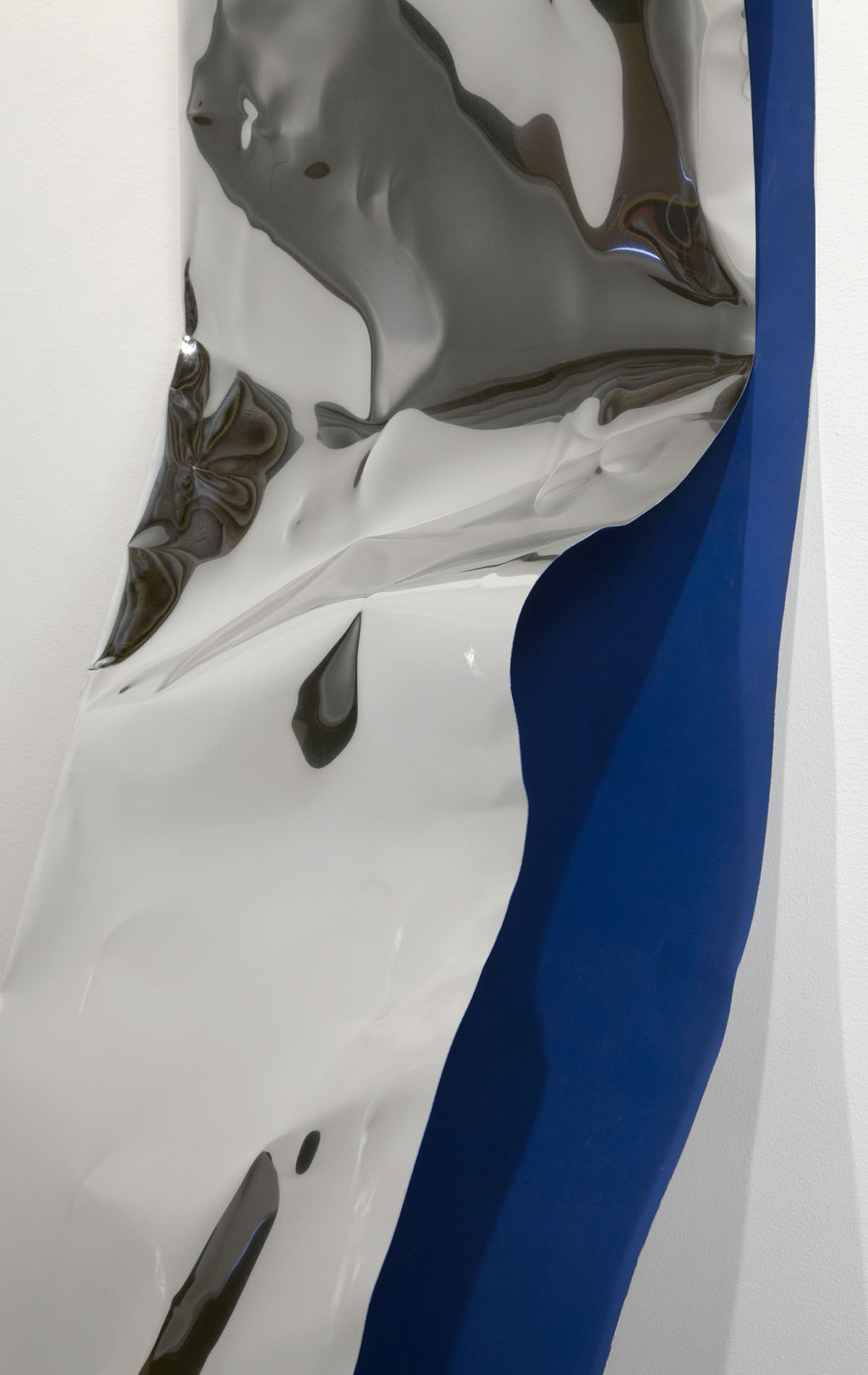 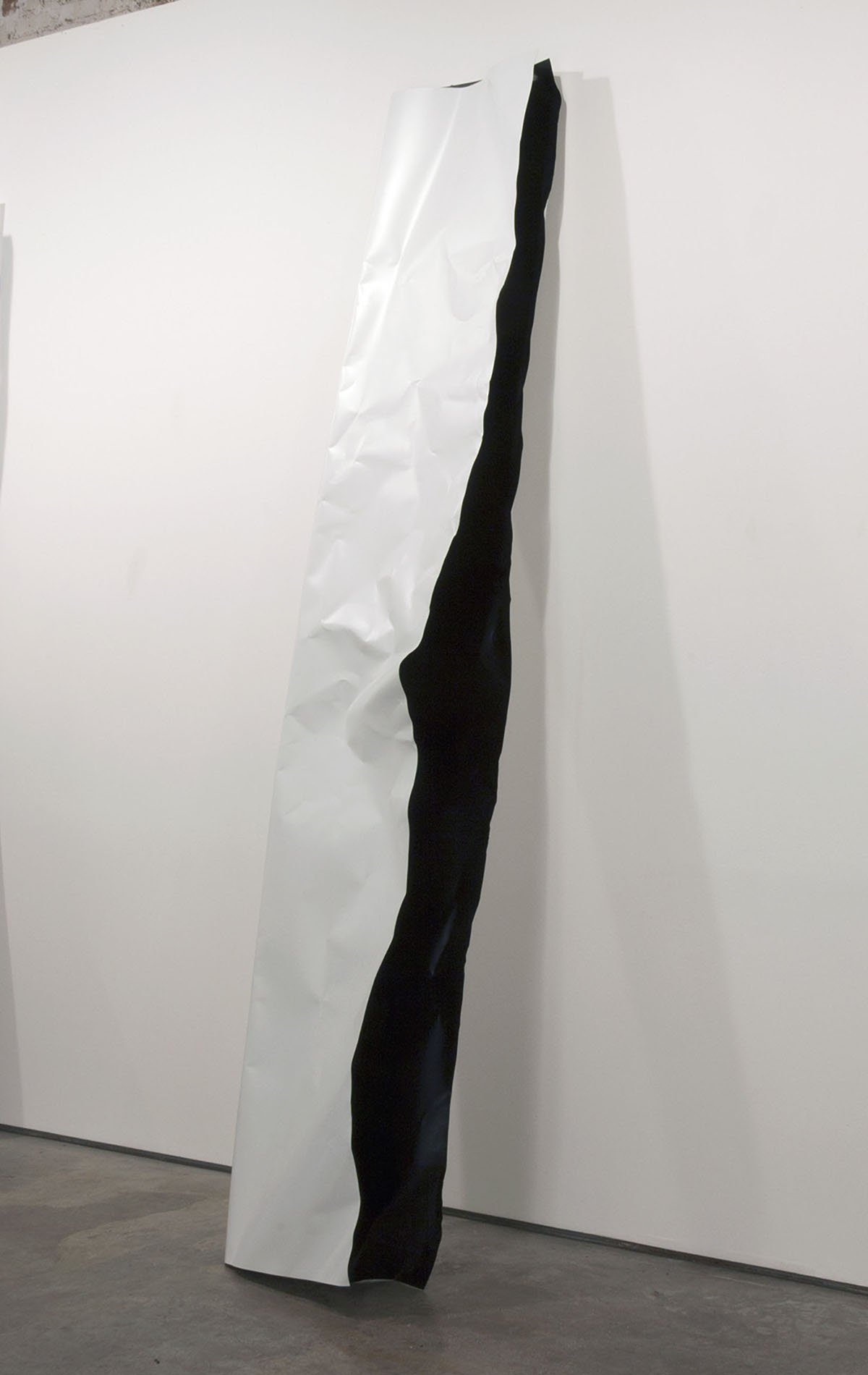 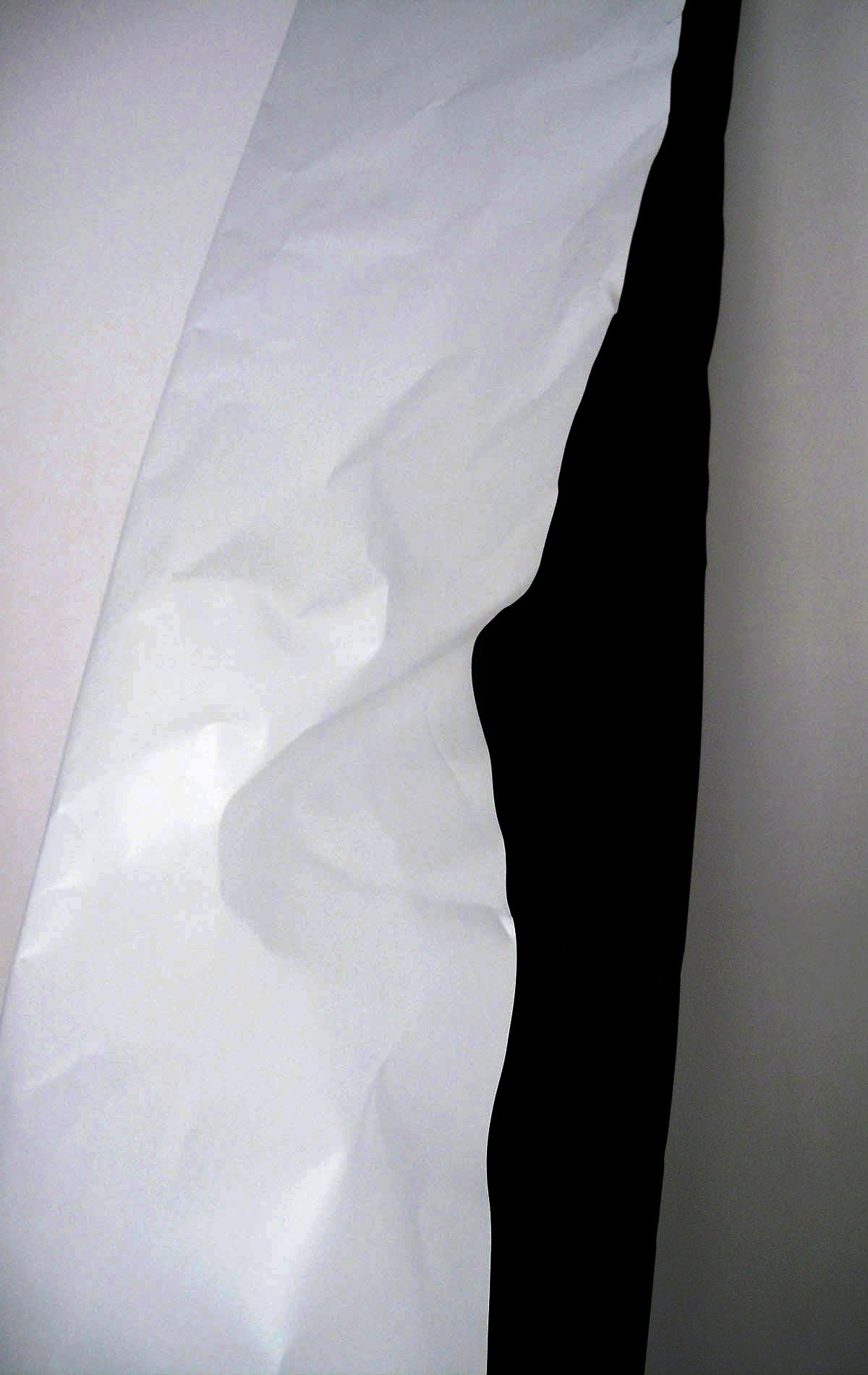 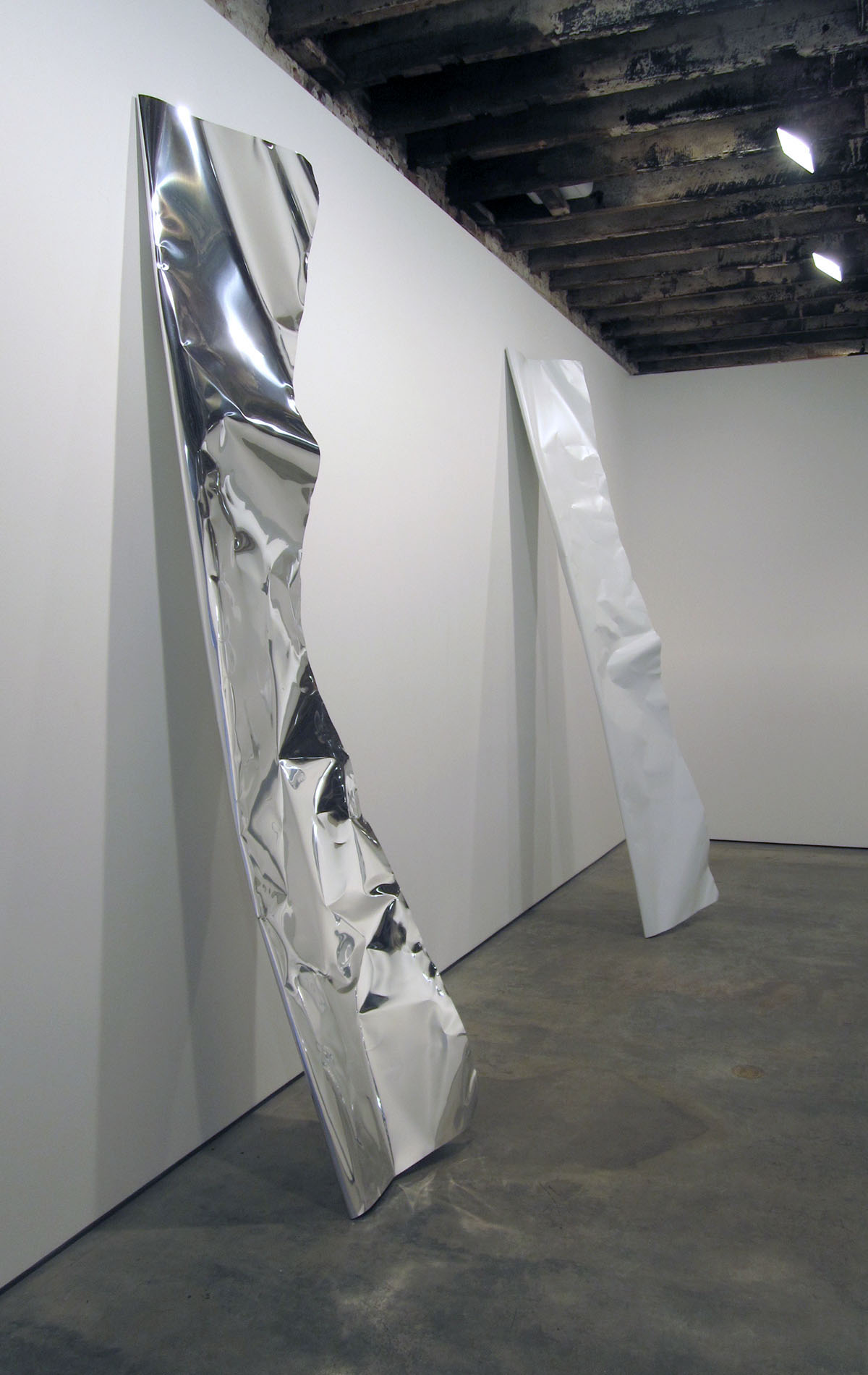 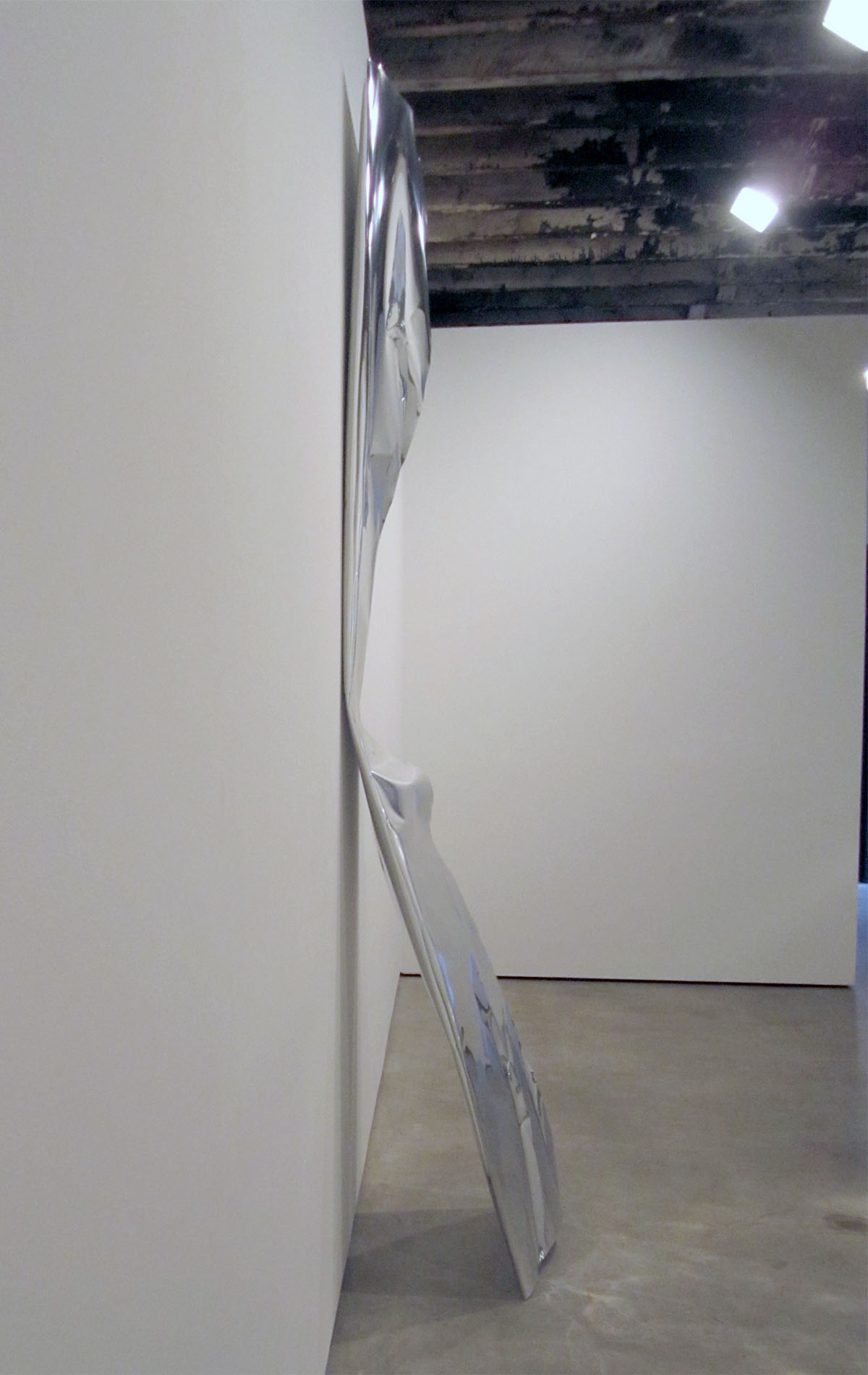 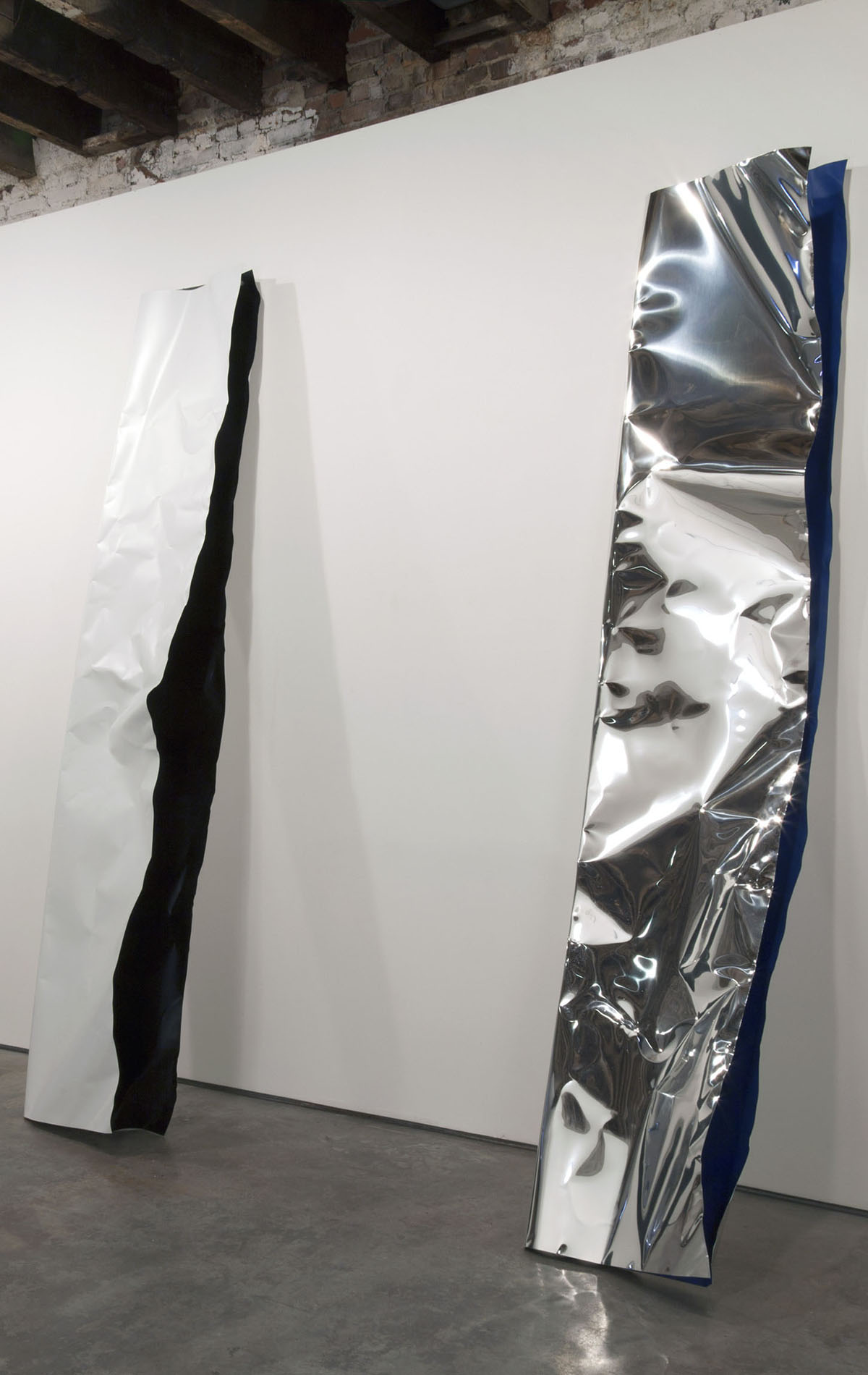 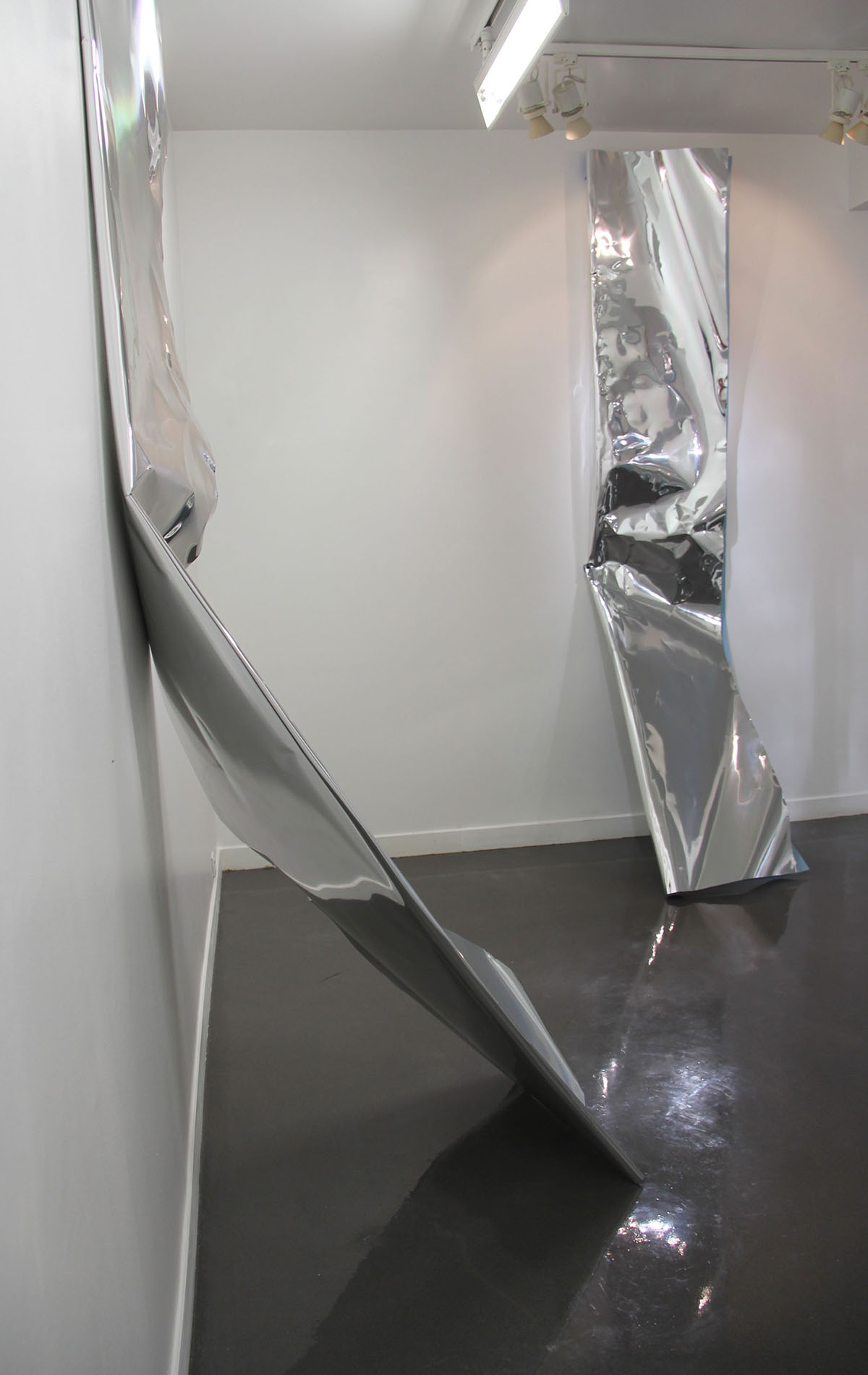 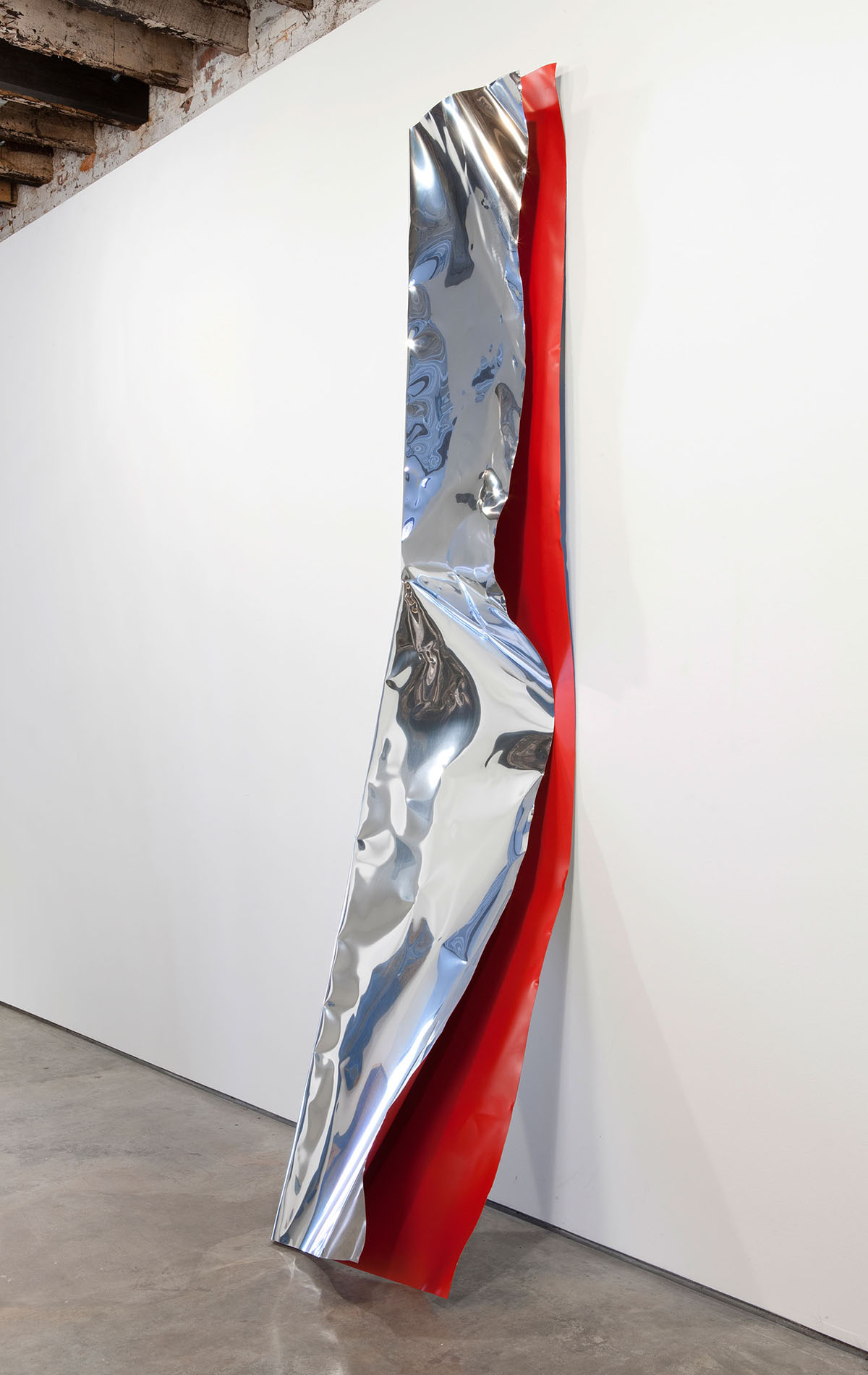 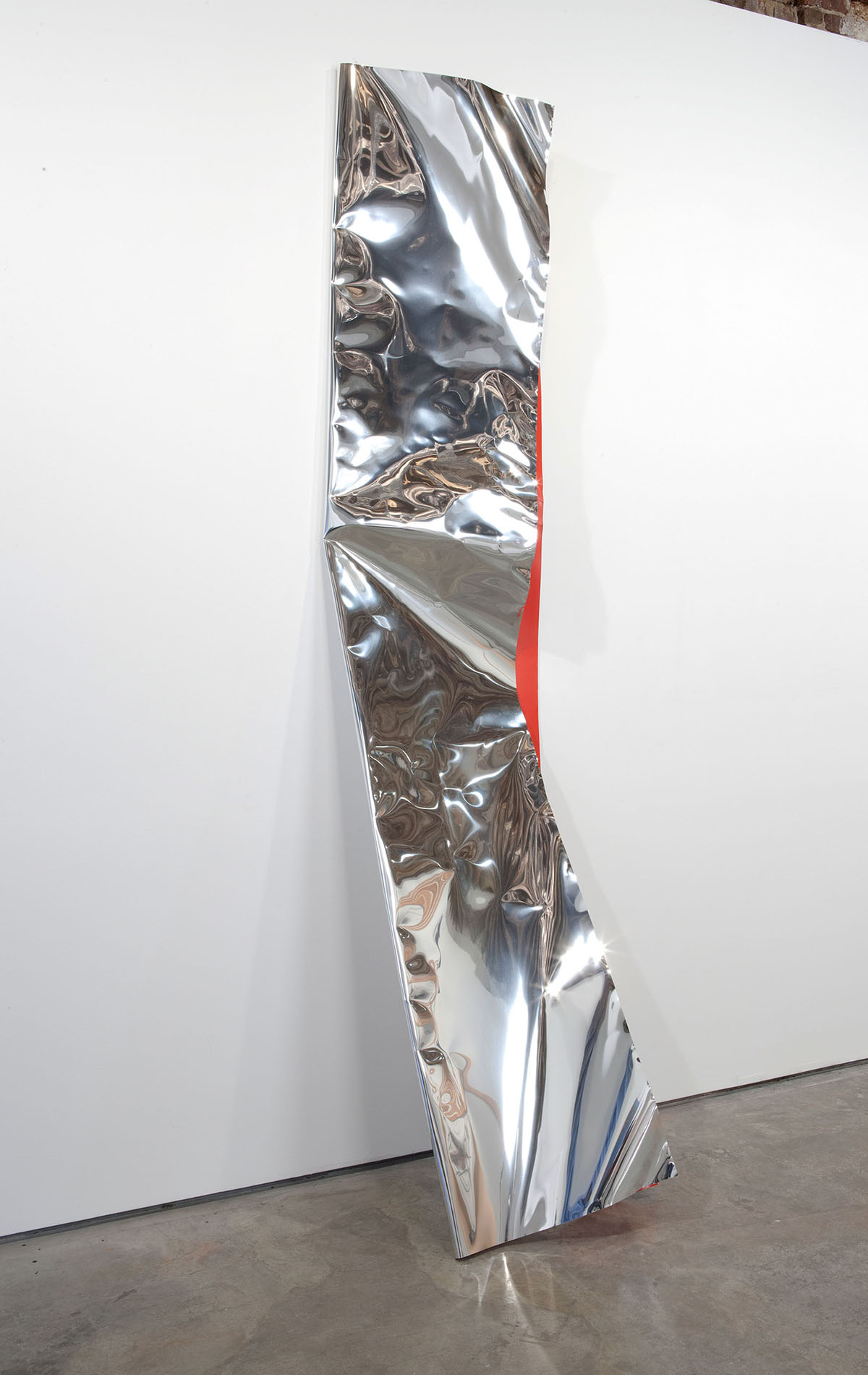 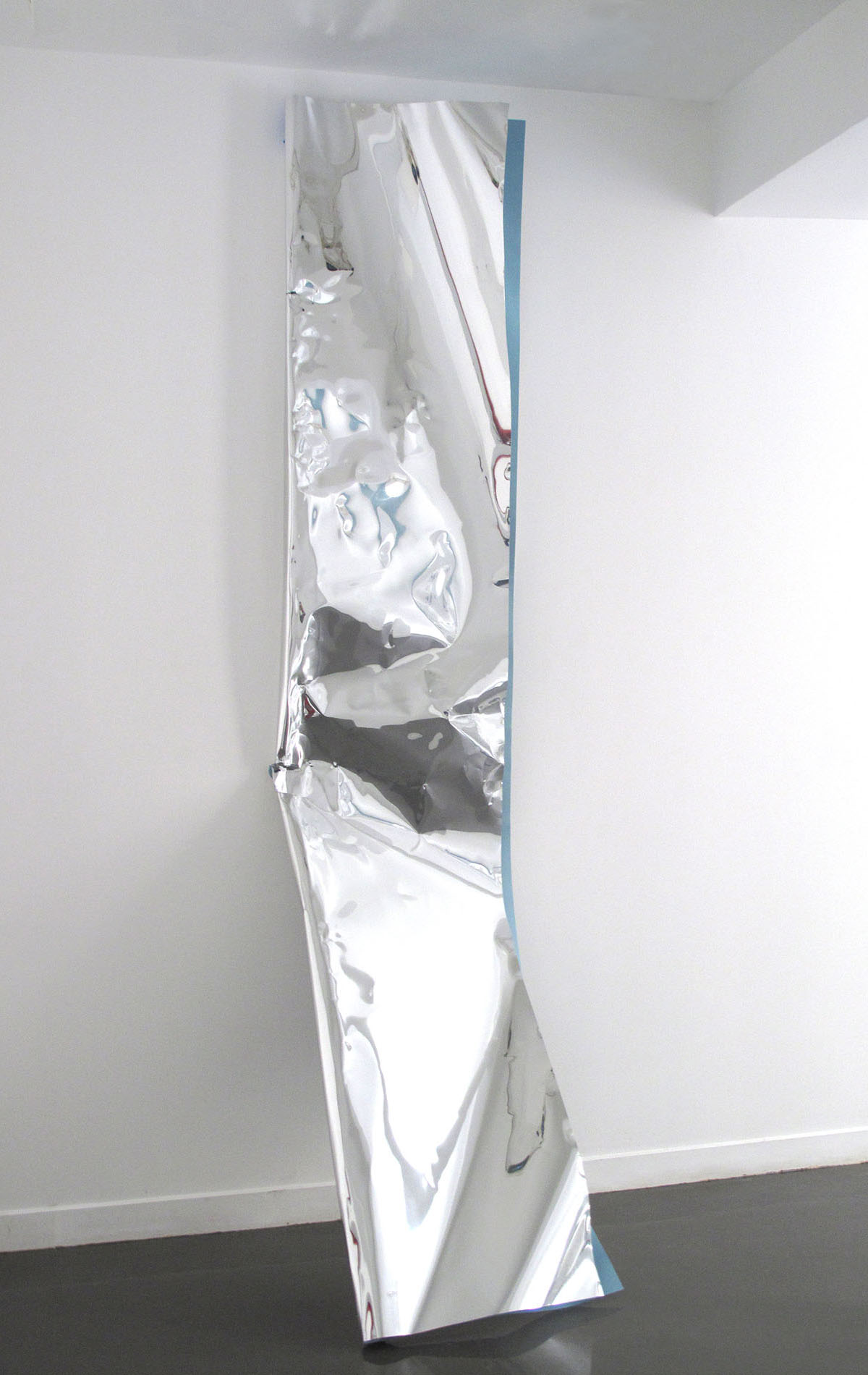 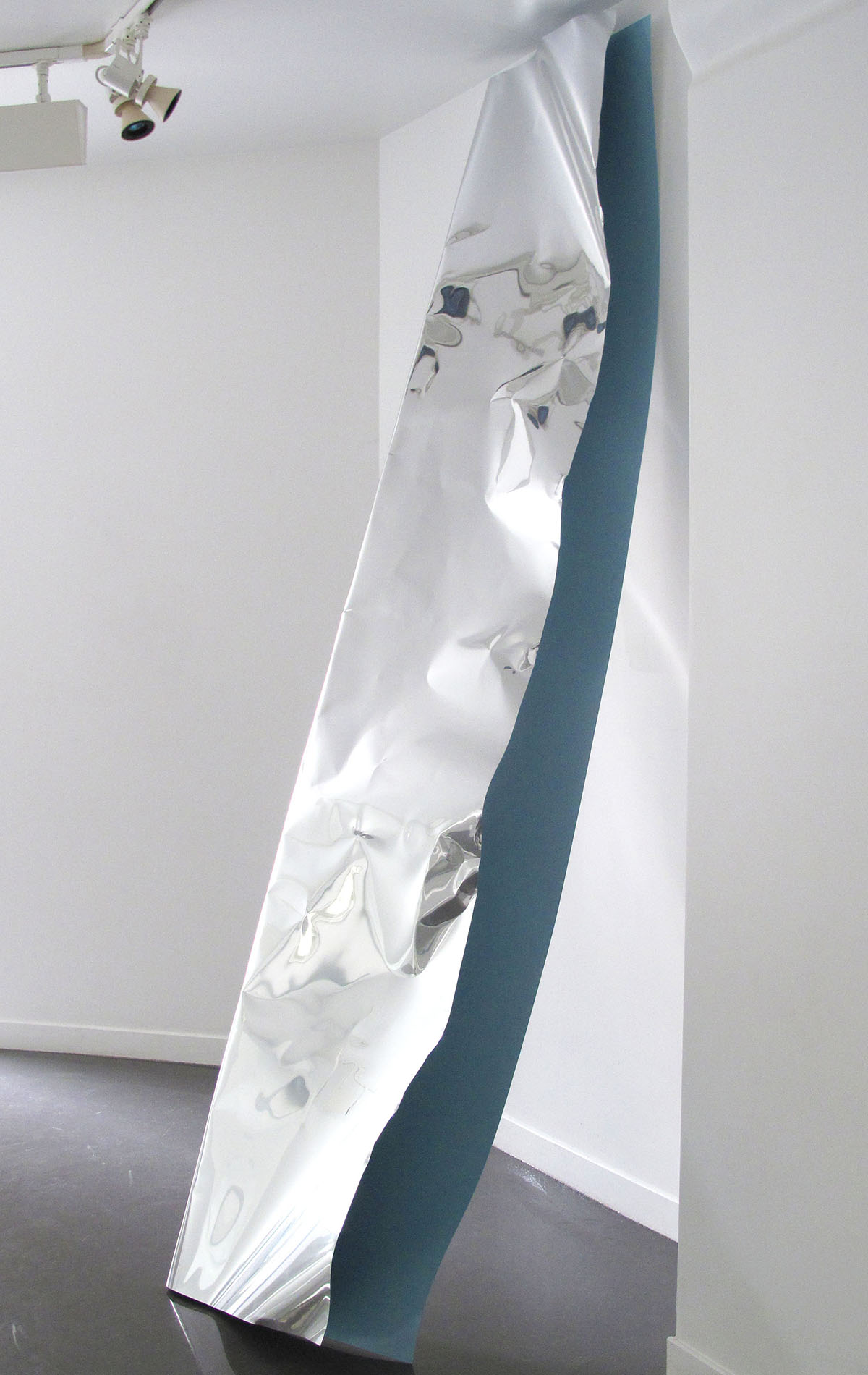 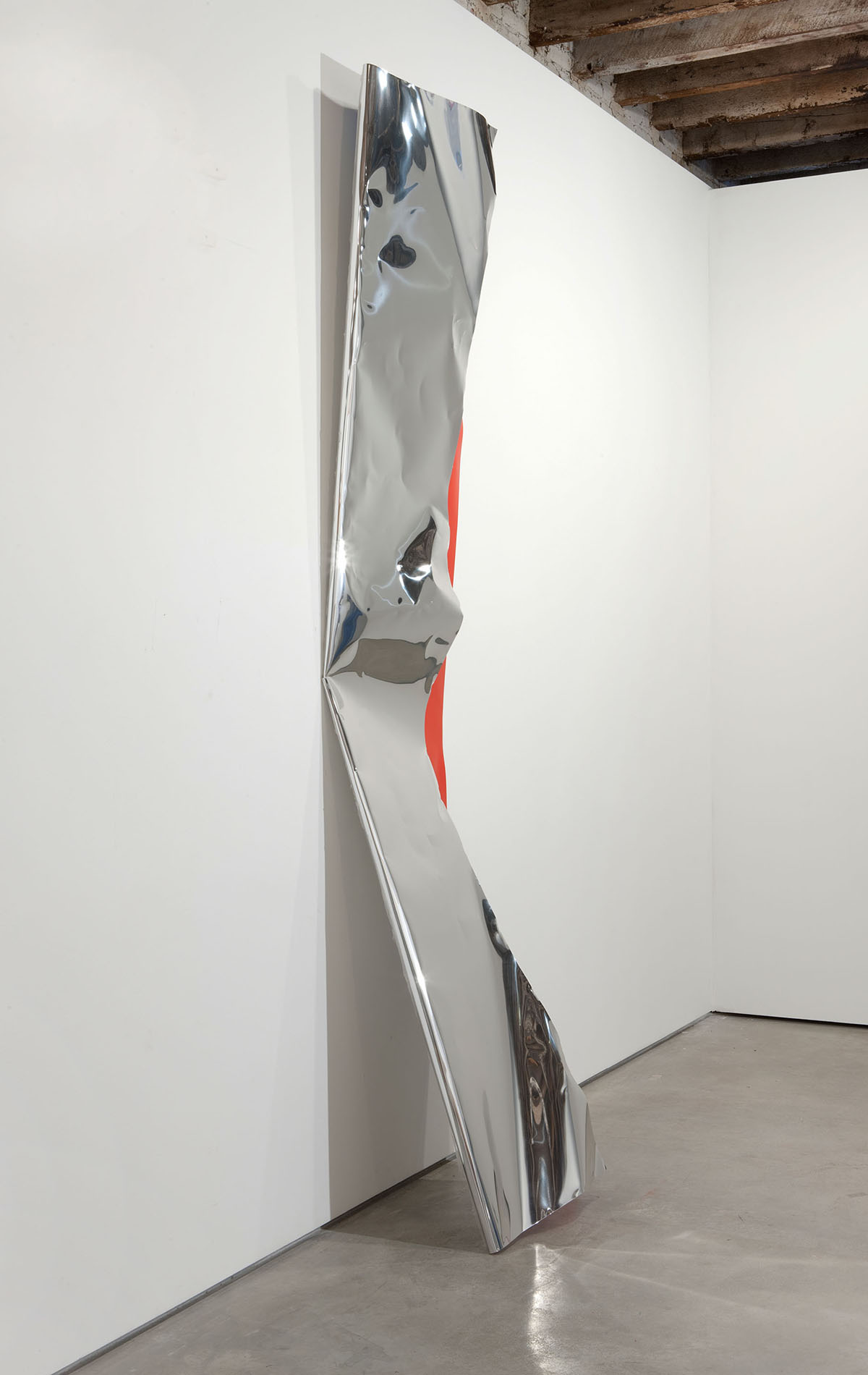 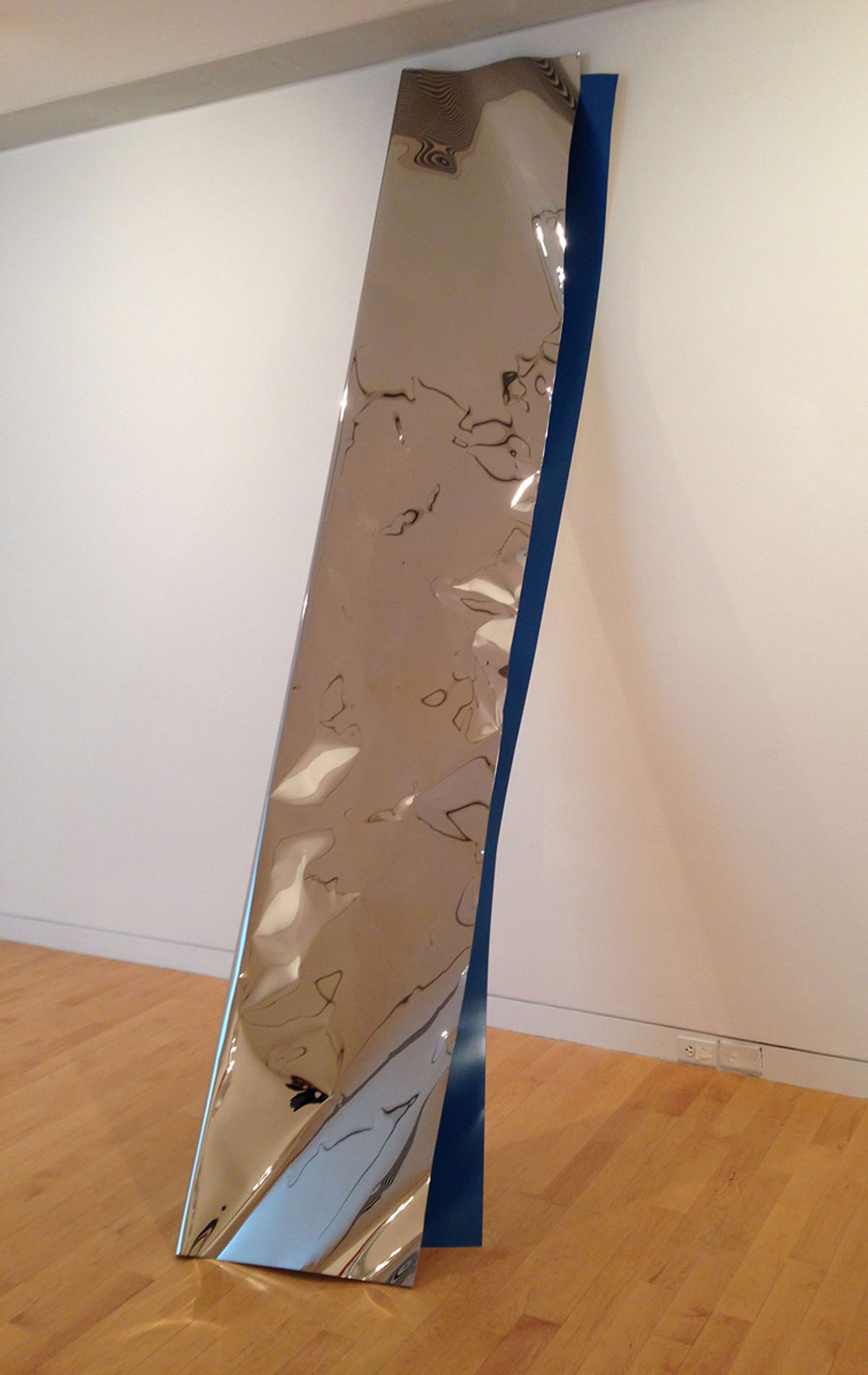 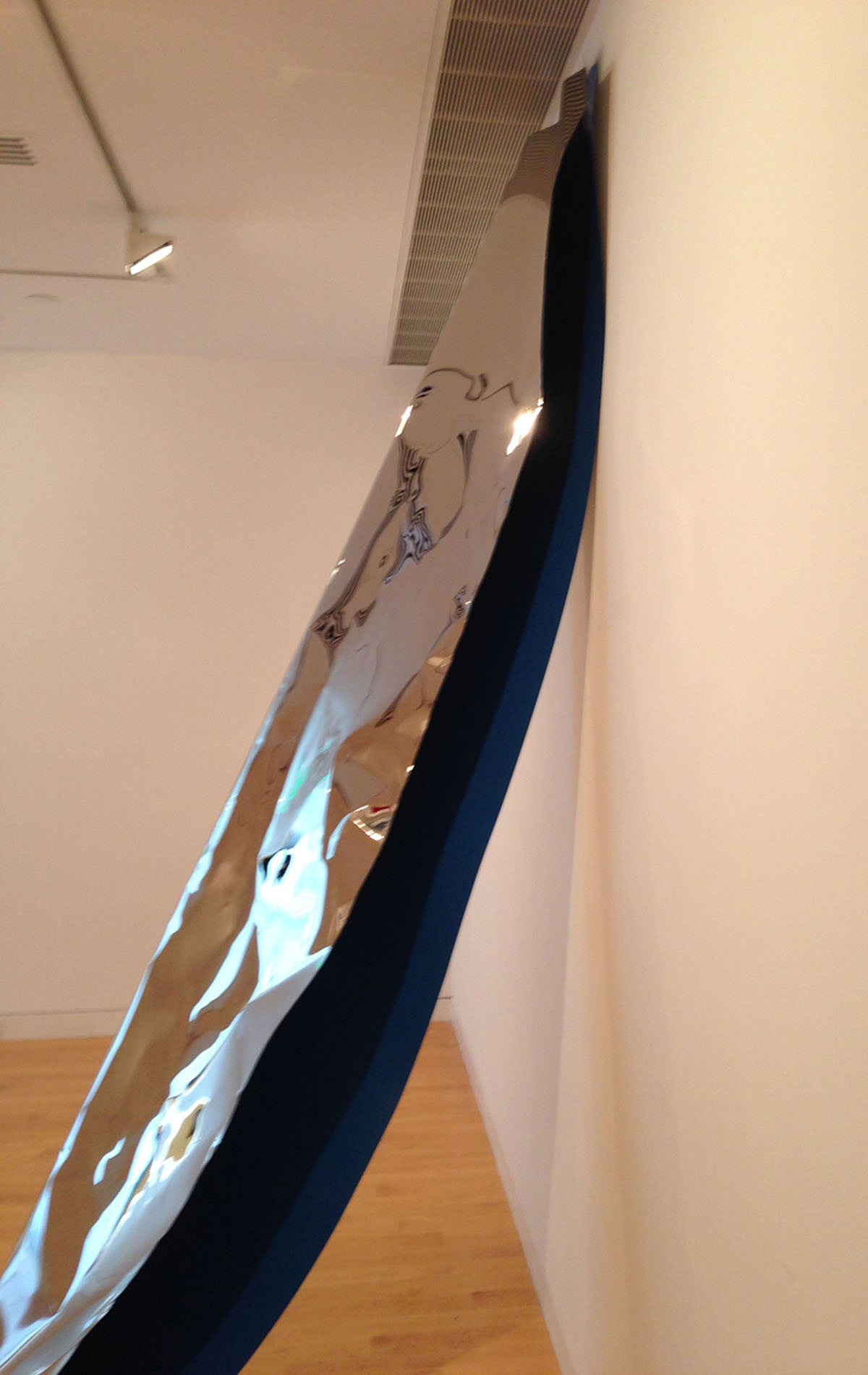 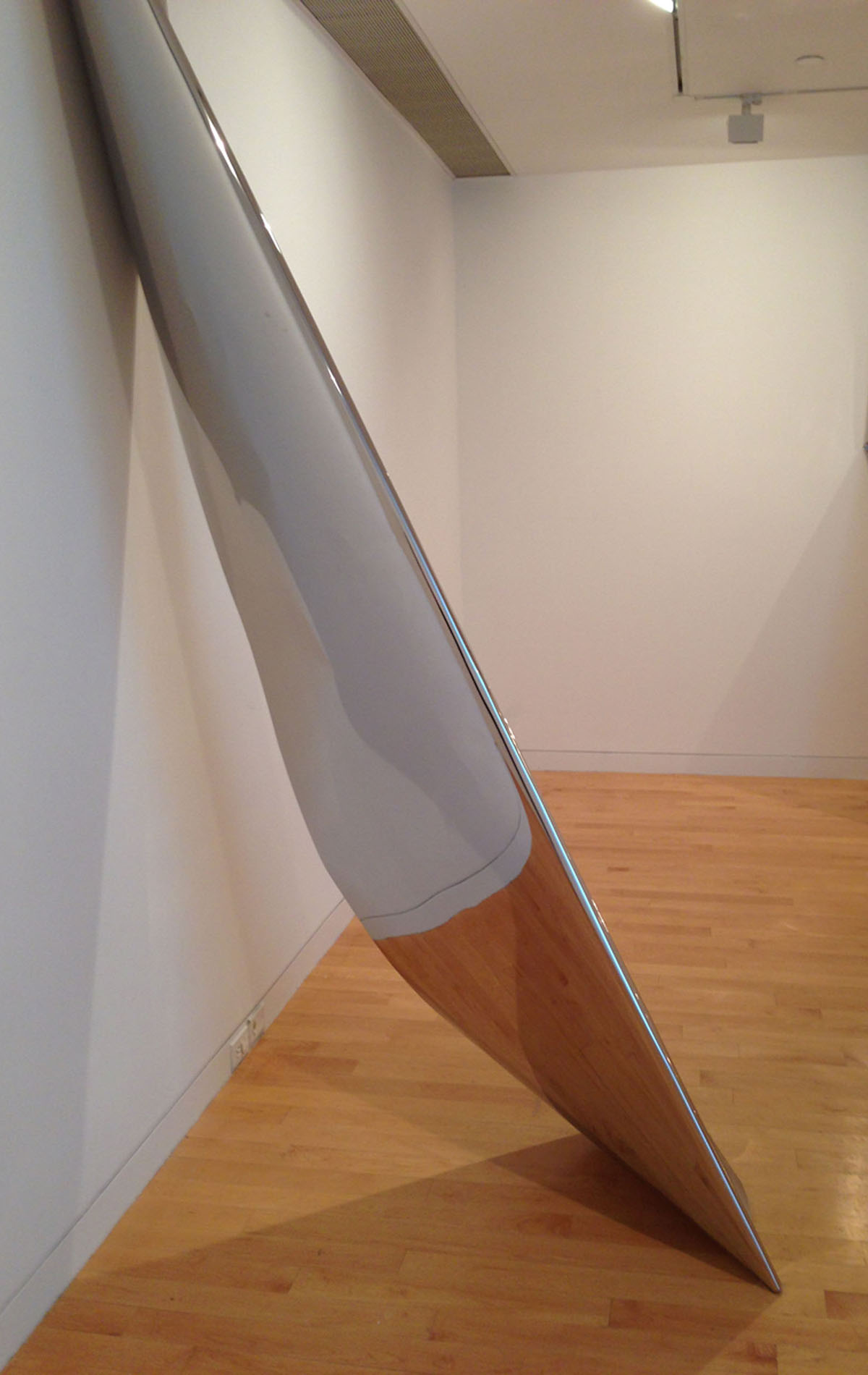 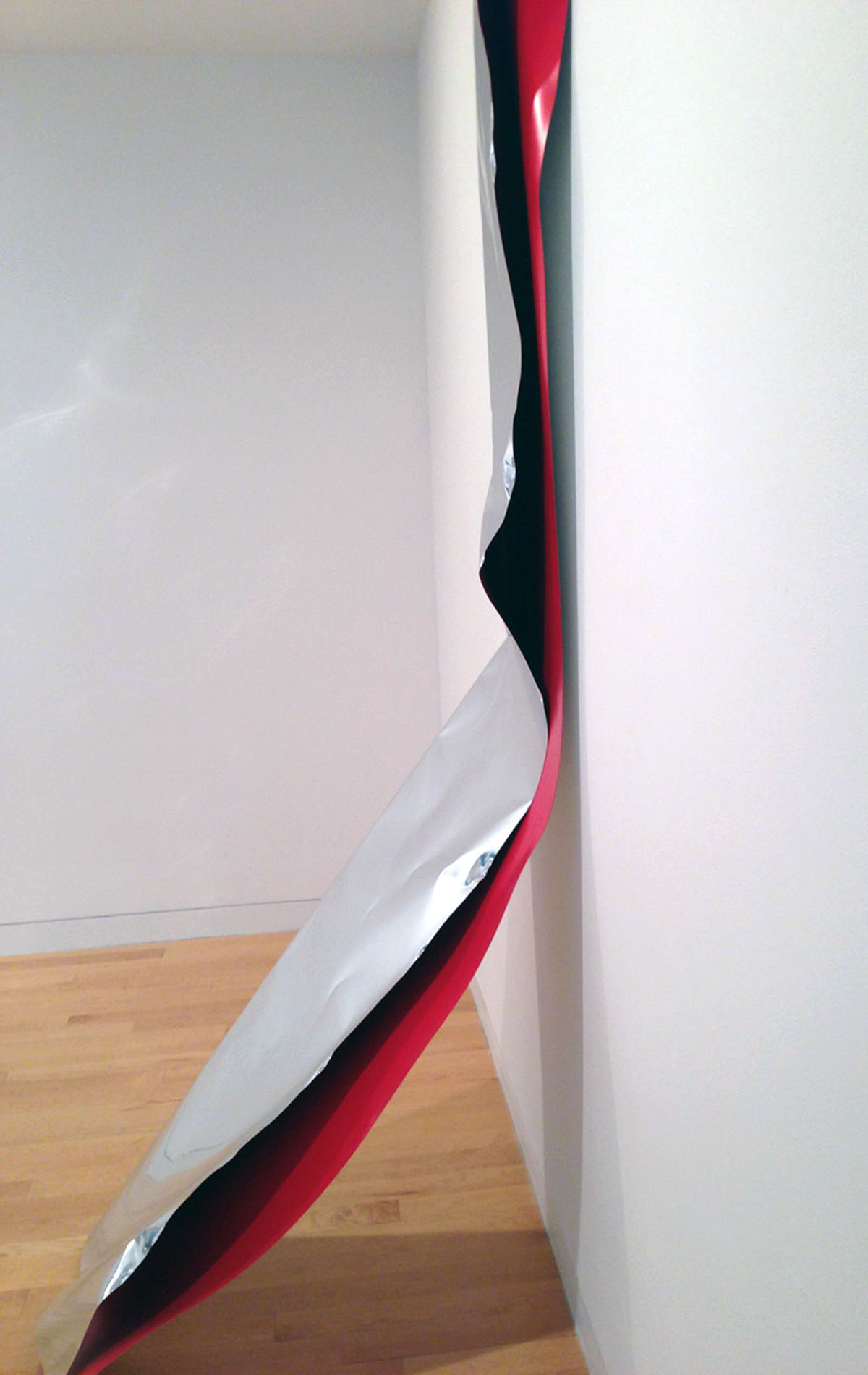 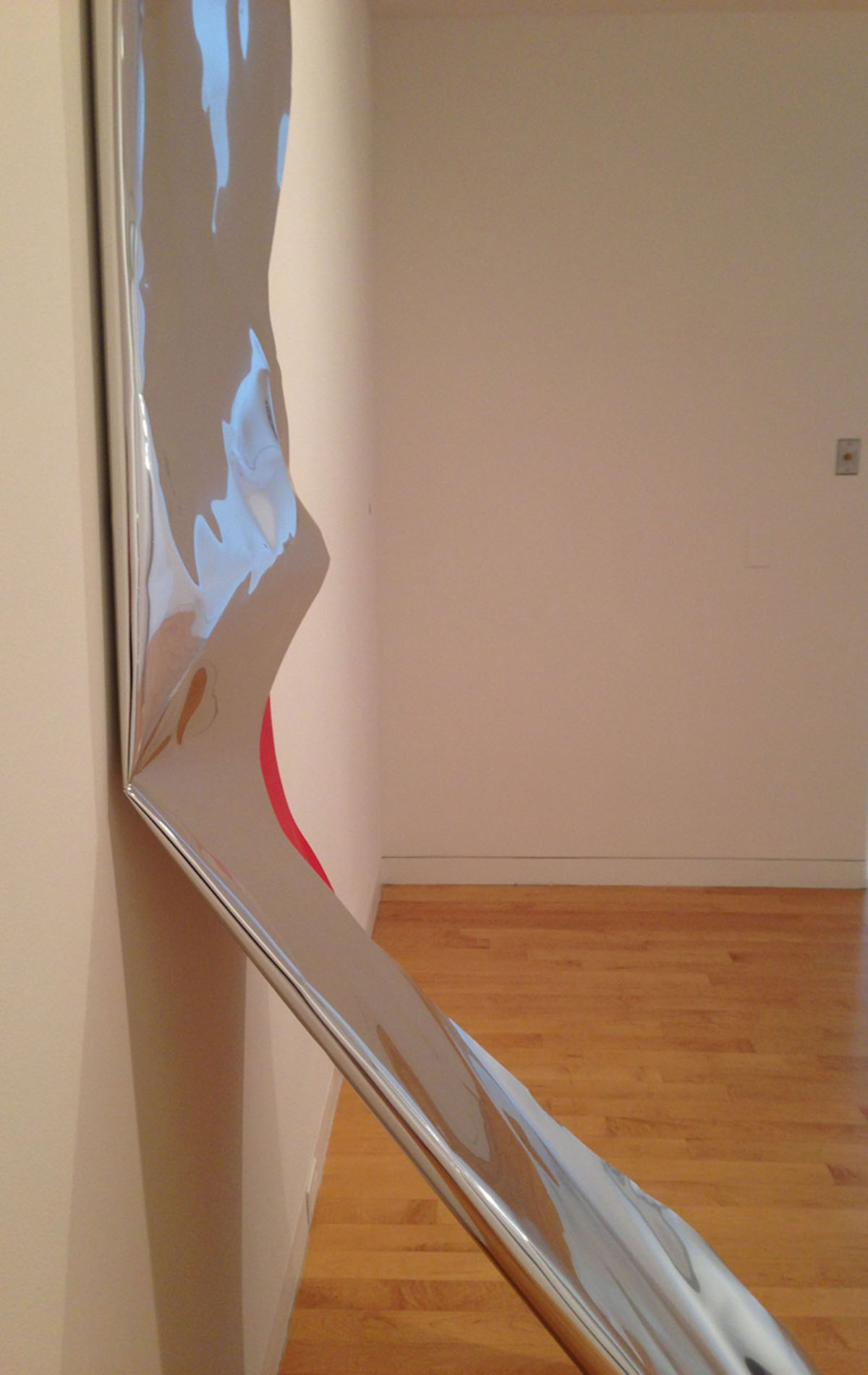 "Three approximately nine-foot-tall sculptures from the Blue Angels series (2011–ongoing) lean precariously—as if about to collapse—against the walls in the Screening Room. Made from folded reflective stainless steel and aluminum with interiors painted in distinctive bands of automotive paint,their primary colors are evocative of commercial airlines (Korean Air sea blue, Delta red, United royal blue). Blue Angel (Korean) and Blue Angel (United), both 2014, were made specifically for the exhibition. Here, their larger-than-life size and mirrored surfaces mimic Minimalism, but being remarkably light weight and devoid of bravado, reject its industrial fabrication and imposing authority. These crinkled forms,referencing crashed airplane fuselages, the twin towers, and John Chamberlain’s compressed car assemblages, recall the trauma of 9/11 and also our looming fear of new technology (as a deadly weapon). These 'hand-formed' gestures carry the weight of mourning figures and, as we orbit them, we are confronted by our distorted likeness. The title of the series refers to the US Navy’s aircraft used in aerobatic displays to commemorate old aerospace technology. To make the Blue Angels, Lopez physically wrestles with the material on the ground in her studio, negotiating these massive steel sheets through an intensive system of folding exercises."