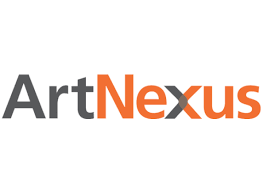 Michelle Lopez has decisively demonstrated her continued reengage­ment with Minimalism, particularly through a critique of its attendant but stereotypical masculinist overtones. This extremely sparse installation at Simon Preston continues her relation to Minimalism but BS an integral part of her own aesthetic rather than a critique. Here more is more than less because when you push Minimalism you get.... Conceptualism.

This is a useful realization if you still think of Lopez primarily as a sculptor. But at what point do art historical categorizations deteriorate into sterility, detracting from rather than adding to our understanding of what is important about the work and the artist? At least the word "conceptual" tells us that much more is at stake through implied and open-ended associations. But even this ori­entation has its dangers.

Equally consistent in her work and more useful to understand is her continuing efforts to vocalize the everpresent (and one might say expanding) meme of fear,the zeitgeist of our unsettled times. The specific list you can create for yourself about political art—and fear is not necessarily political—is the more interesting the more vague its referent,although there is a point in the curvature of such a narrative arc where vagueness disperses into meaninglessness. Such open endedness is certainly present in her installation titled Banner Year but remains a sufficiently considered combination of ideas to allow the viewer to easily translate it as: "Something is ominously wrong here but I'm not certain what it is! How concerned should I be?"

The first room is deserted except for the lower half of a large alumi­num flagpole that seems to extend through the roof. (It is actually the lower half of a real retractable 40 foot flag pole.) The title Halyard refers to the rope that is attached to the side of the flagpole, traditionally used to raise and lower a flag or banner. While the halyard is tied off to the side of the pole at the steel cleat, the rope vibrates periodically at various levels, faintly at first, and moving to violent wrenching. In short, a moving rope establishes a range of moods, which are matched to the sounds of a wind, recorded onto an 11 minute stereo sound loop and broadcast into the small room from six hidden speakers. You might be inside but you know the flag (or something flapping in the wind) is subjected to violent forces outside. OK, maybe it is just the wind but maybe.... The sound design by Jonathan Mildenberg and Andy Clifford has its desired implications.

In the second room fear is both grounded and yet belied. This room, like the first, is bleak, with three large (88" x 120" each) pieces of mostly transparent glass leaning against the parallel walls; two pieces of which combine to form a diptych, Smoke Cloud. The lower two-thirds of each glass is clear but the top third has cloud­like forms that are simultaneously solid but also reflective of the environment, especially parts of the ceiling above due to the angle of installation. Clouds now seem integrated into the rafters. One immediately thinks of some of the Baroque illusionistic ceiling paintings or one of Correggio's fluffy clouds, simultaneously fake but yet narrative.

Reflective surfaces are nothing new for Lopez but these glass pieces were treated with silver nitrate, the light sensitive chemical used in many types of photography, then exposed to ultraviolet light to yield a range of white and ominous grays with a reddish color range at the edges. The initial sense of cute clouds transform into the roiling smoke created by fires or explosions. And they appear to emanate from the ceiling. Suddenly there is danger and it is all around you, sort of. It's vague but present, like being upside down in a car crash, held in by your seat belt and looking out the refracted windshield, thinking the clouds seem so peaceful, but wait a minute, something is really wrong here.

There has been recent use of conceptual photograph—the term is not without its detractors and arguments—to raise the question of how much of a document does a document have to be to give a sense of the necessary presence. As images proliferate, we begin to realize more and more that the source of power for images is not in the work per se but in the imagination.